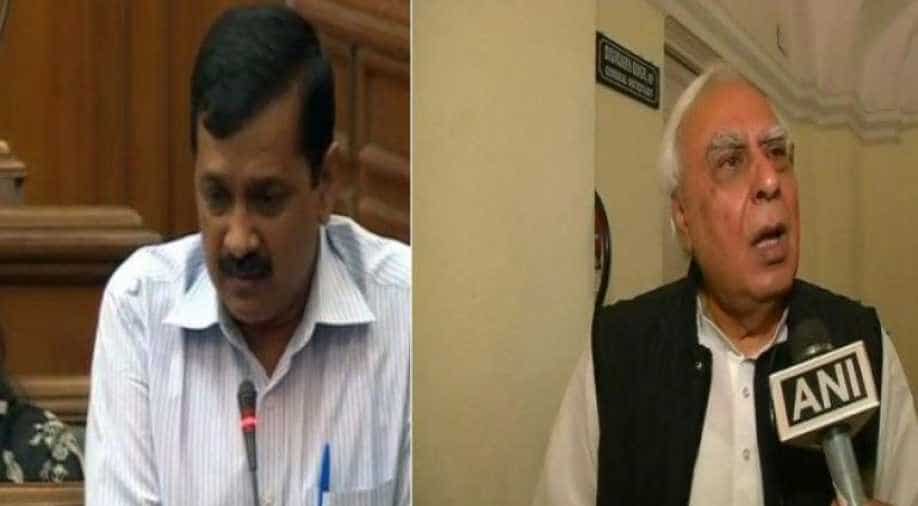 Kejriwal Ji & Sisodia ji have accepted that the allegations they had put on me & my son in a press conference few yrs ago were baseless. They've apologised for the same today. He has apologised for what he did everything is forgotten now, we will move ahead: Kapil Sibal, Congress pic.twitter.com/YUGbldNIpm

Sibal, in a statement made earlier today, noted that Kejriwal and Deputy Chief Minister Manish Sisodia have accepted making allegations against him and his son. Sibal further added that Kejriwal and Sisodia have also admitted that the allegations levelled against him and his son, at a press conference a few years ago, were baseless.

Lawyer & son of Kapil Sibal, Amit had filed a defamation suit against #Delhi CM Arvind Kejriwal for alleging that Kapil Sibal had a conflict in seeking to revise a tax demand on telecom major Vodafone pic.twitter.com/gEyQB6iYq5

"They've apologised for the same today. He has apologised for what he did and everything is forgotten now, we will move ahead," Sibal told the press.

Kapil Sibal's son, Amit Sibal had filed a defamation suit against Arvind Kejriwal for alleging that Kapil Sibal had a conflict in seeking to revise a tax demand on telecom major Vodafone.

We will apologise to people who we have hurt. We're here to serve the people, we do not have the time to go to courts for such issues. We're here to build schools & hospitals for the welfare of people: Manish Sisodia, AAP on his & Kejriwal's apology to Nitin Gadkari & Kapil Sibal pic.twitter.com/Xvb8k8ENMB

Manish Sisodia's letter addressed to "Sh Amit Sibal Ji" sought to retract allegations made against Kabil Sibal and his son.

"On 15.5.2013, at a press conference at the Constitution Club of India, New Delhi, I made statements against you and your father," Sisodia's letter read.

Sisodia noted that he later learnt the allegations to be unfounded.

"I hereby withdraw all my statements and allegations made against you and your father and apologise for the same," Sisodia wrote.

According to reports, Shazia Ilmi and Prashant Bhushan were also among the accused who haven't apologised yet; the case against them will therefore continue.