A part of me will always remain with Supreme Court: Outgoing CJI Ranjan Gogoi 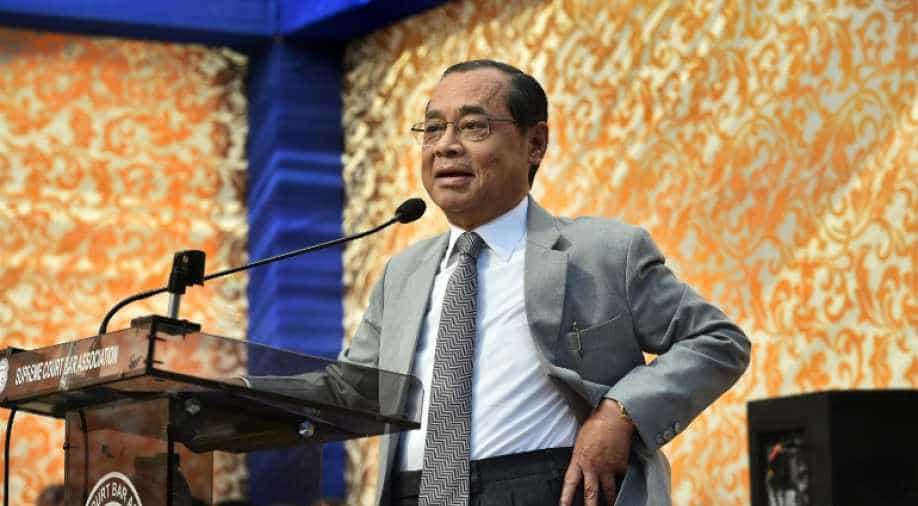 Chief Justice Ranjan Gogoi, who is set to retire on November 17, was accorded farewell on his last day in the apex court. Gogoi's successor S A Bobde and other judges were present at the function.

Outgoing Chief Justice of India Ranjan Gogoi on Friday said that a part of him will always remain with the Supreme Court.

Chief Justice Ranjan Gogoi, who is set to retire on November 17, was accorded farewell on his last day in the apex court. Gogoi's successor SA Bobde and other judges were present at the function.

The chief, however, gave no speech. In an official message jotted down by Chief Justice Ranjan Gogoi and read out by the Supreme Court Bar Association (SCBA) at the function, he said, "Although I won't be a formal part of this extraordinary and much-respected institution any longer but a part of me will always remain with it and will always wish the best for it."

He said that over the past 40 years as a lawyer and judge, it was his privilege to watch the majesty of law from close quarters.

"It provided me with an opportunity to contribute to the institution which I tried to serve to the best of my abilities. I have tried to address pressing issues of the justice delivery system," the message undersigned by Chief Justice Gogoi read.

He also lauded the Supreme Court Bar Association and said that it must serve as an exemplar to other bar associations across the country.

On his last working day today, Gogoi who assumed the office of the Chief Justice of India on October 3 in 2018, visited the Samadhi of Mahatma Gandhi at Rajghat and paid respects.