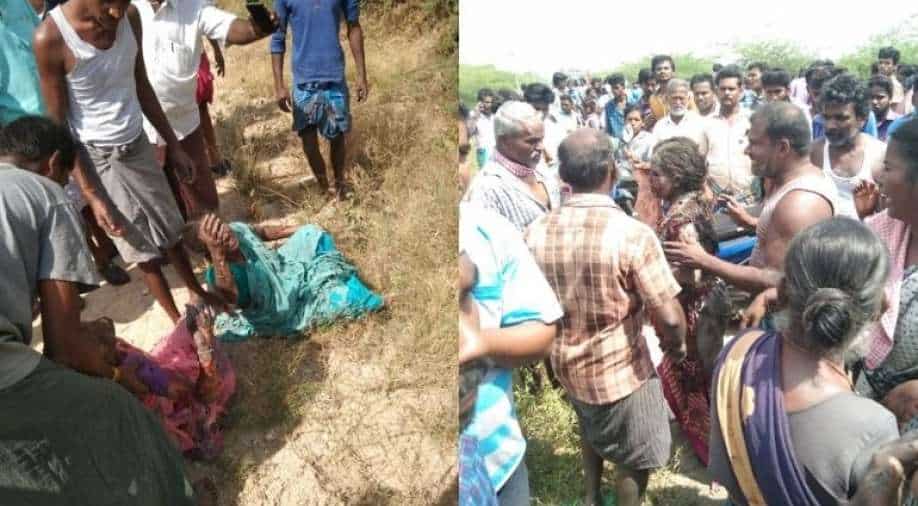 The injured have been admitted to the Sivakasi government hospital. Photograph:( WION Web Team )

The death toll is likely to go up as the condition of some of the injured admitted to Sivakasi government hospital is stated to be critical.

Eleven persons were killed and 23 injured in a fire accident at a fireworks factory in Tamil Nadu’s Virudhunagar district.

The incident happened on Friday afternoon and rescue operations are still underway by the district fire and rescue services personnel.

The death toll is likely to go up as the condition of some of the injured admitted to Sivakasi government hospital is stated to be critical.

Police said the fire in the factory in Achankulam near Sattur in Virudhunagar broke out when some chemicals were being mixed to produce firecrackers. Four cracker making sheds were destroyed.

Ten firefighting vehicles rushed to the spot from various surrounding locations like Sattur, Sivakasi and Vembakottai to douse the flames, while officials from police, revenue and other departments also reached there for rescue and relief works.

Chief Minister E.K. Palaniswami expressed grief over the death of 11 persons in the fire. He announced Rs 3 lakh each as solatium to kin of the bereaved families.

He also directed District Collectors to ensure safety of cracker unit workers during the summer.

Prime Minister Narendra Modi also expressed grief over the tragedy. The Prime Minister`s Office tweeted that authorities were working on the ground to assist those affected.

PMO announced Rs 2 lakh ex-gratia each from PMNRF for the next of kin of those who lost their lives. Rs 50,000 would be given to those seriously injured.

An ex-gratia of Rs. 2 lakh each has been approved from PMNRF for the next of kin of those who have lost their lives due to a fire in Virudhunagar, Tamil Nadu. Rs. 50,000 would be given to those seriously injured.

"Fire at a firecracker factory in Virudhunagar, Tamil Nadu is saddening. In this hour of grief, my thoughts are with the bereaved families. I hope those injured recover soon," said the Prime Minister.