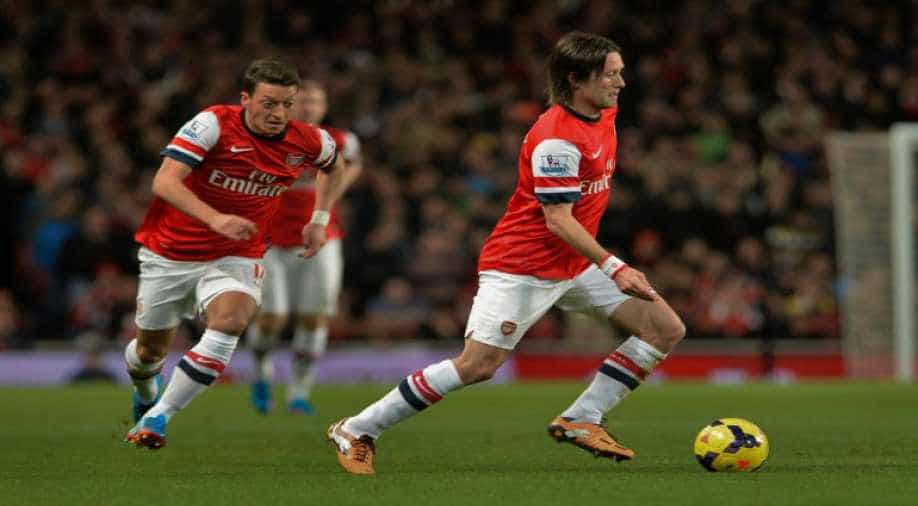 Tomas Rosicky on the ball, whilst Mesut Ozil watches on. Photograph:( Others )

Former Arsenal midfielder Tomas Rosicky has retired from football at the age of 37.

Following 10 years in the Premier League with Arsenal, the former Czech Republic international returned to Sparta Prague, where he started his career, in 2016.

Rosicky's career was plagued by injury for much of that decade and put his decision to hang up his boots down to being unable to keep up with the physical demands of football.

"After careful consideration, I have realised I am no longer able to fully prepare my body for what the professional football requires," Rosicky said, explaining his mid-season announcement.

"I would like to thank Sparta for raising me, for being the first step in my career in big clubs, and for allowing me to say goodbye at the place I love the most."

Rosicky won two FA Cups at Arsenal but failed to make more than 28 Premier League appearances in any campaign at the club.

The midfielder made more than 100 appearances for his national team.