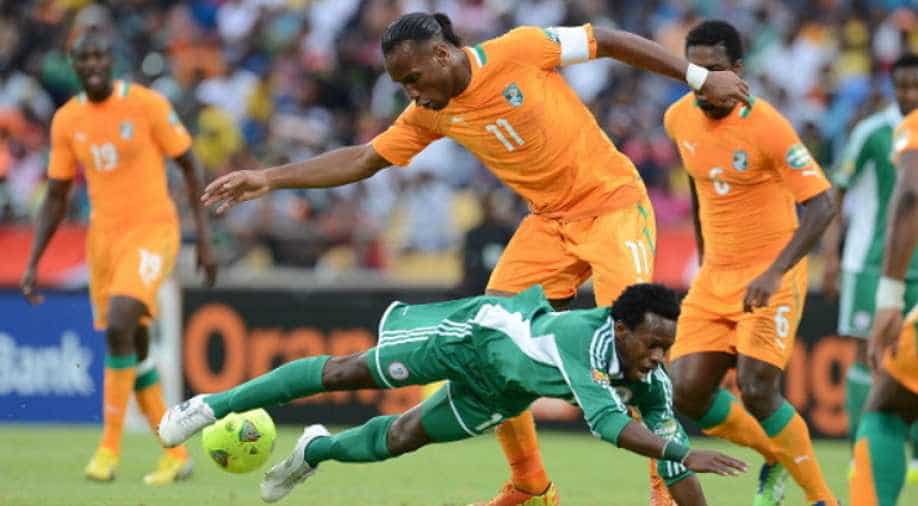 Prize money for winners of Africa Cup of Nations will increase from $1.5 million to $4 million. In photo: Ogenyi Onazi of Nigeria and Didier Drogba of Ivory Coast compete during a 2013 AFCON match. Photograph:( Getty )

Football competitions under the purview of Confederation of African Football (CAF) will see an increased prize money.

In July, Total announced it will support CAF’s ten principal competitions, starting with the upcoming Africa Cup of Nations (AFCON).

The cash boost means that winners of the Africa Cup of Nations, which is held every two years, will now receive $4 million as against $1.5 million received by Ivory Coast, who won the continental competition in 2015.

CAF Champion League winners will also receive more prize money. They will now get $2.5 million, up from $1.5 million the previous champion received.

Prize money for the winners of the second-tier CAF Confederation Cup will be nearly doubled from $660,000 to $1.25 million.

Both the Champions League and Confederation Cup group phases -- where  prize money kicks in -- will expand next year from eight to 16 clubs.

Winners of the annual CAF Super Cup match between Champions League and Confederation Cup title-holders pocket $100,000, a 33.3 per cent rise.

The biennial African Nations Championship for home-based footballers is another competition to get a cash boost with first prize climbing by $500,000 to $1.25 million.

Travel costs are a huge challenge for African teams with flights from one country to another often involving lengthy stop-overs in the Middle East and Europe to trim expenses.

Clubs like Sundowns are better placed because the Pretoria-based outfit is owned by mining magnate Patrice Motsepe.

But in poorer African countries, teams rely on government financial assistance to play in CAF and FIFA competitions.