Manchester City set the standard for United at Chelsea 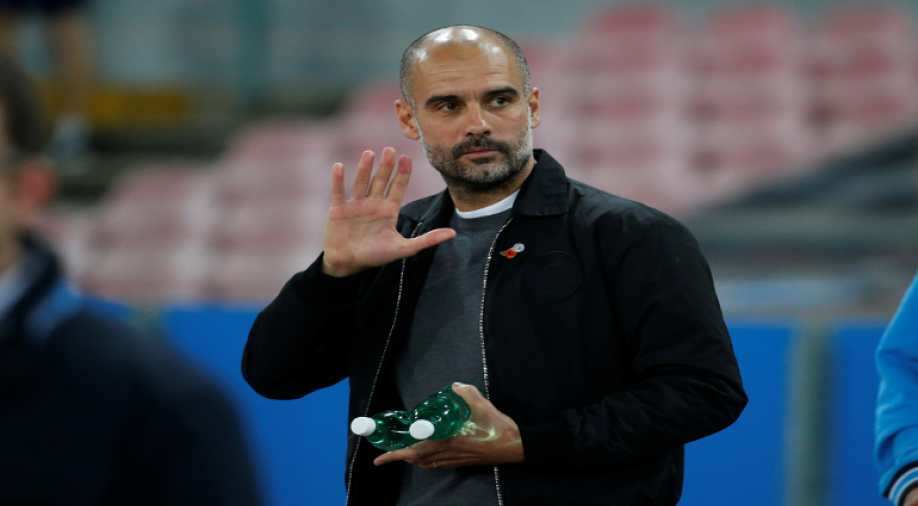 Jose Mourinho returns to his old club Chelsea on Sunday with his Manchester United trailing leaders Manchester City by five points and the challenge against the champions will be a major indicator of his team's ability to close the gap.

When City visited Stamford Bridge at the end of September they delivered a statement performance in their 1-0 win, answering many of the doubts about whether they had the defensive soundness to go with their undoubted attacking flair.

It was a win - and performance - which suggested that City are capable of playing the kind of tight, disciplined tactical performance that had been lacking at times during Pep Guardiola's first season at the club.

United face some different questions in what is their toughest test yet away from home.

Mourinho's side were given a gentle start to the season by the fixtures computer with modest opposition for their opening seven games and they took advantage with 21 goals and six wins along with plenty of entertaining football.

But in their first challenge against one of the 'big six', at Liverpool, United went into their shell - clearly under instructions to not allow Juergen Klopp's side space and to limit their own forward movement.

Debate has raged about whether or not that was an appropriate approach to take at Anfield or whether United should have been more adventurous and tried to exploit the vulnerabilities in Liverpool's back line.

Mourinho typically dismissed such talk, viewing the draw as a point gained. But a defeat at Huddersfield in his team's next game added to the sense that United's early season momentum had been lost.

Last week, though, United came through another test - beating Tottenham 1-0 at Old Trafford and a 2-0 win over Benfica in the Champions League in midweek has helped to dispel any talk of United losing their way.

But the challenge against the champions on Sunday is for United to show that they can replicate the confident and businesslike win that City showed a month ago.

United won't want to let City, who host Arsenal on Sunday, open up a seven or eight-point lead and a defeat would allow Chelsea to move within a point of Mourinho's men.

To get three points from their trip to West London, United need to combine the defensive solidity they showed on Merseyside with the ability to carve open Antonio Conte's back line.

Judging by Chelsea's woeful 3-0 loss to Roma at the Stadio Olimpico on Wednesday, United can have some confidence that it will be fruitful to take the game to Conte's team.

United will need Romelu Lukaku, who Chelsea wanted to re-sign before his move to Old Trafford in the close-season, to get back to the form he showed before his six-game barren streak.

They will also need his support striker, whether that be Frenchman Anthony Martial or Marcus Rashford, to work closer to him than in the draw with Liverpool where Martial wandered in deep positions leaving the Belgian isolated.

At Anfield, United's midfield sat deep and rarely advanced in numbers. Whatever permutation Mourinho sends out to do battle on Sunday will need to be braver in committing to forward positions or countering in numbers.

It is a balancing act, of course, as Chelsea possess in Eden Hazard in particular, the means to punish opponents who over-commit.

But City showed that perfect balance and if United want to replicate their rivals, they too will need to show a willingness to do more than just frustrate.