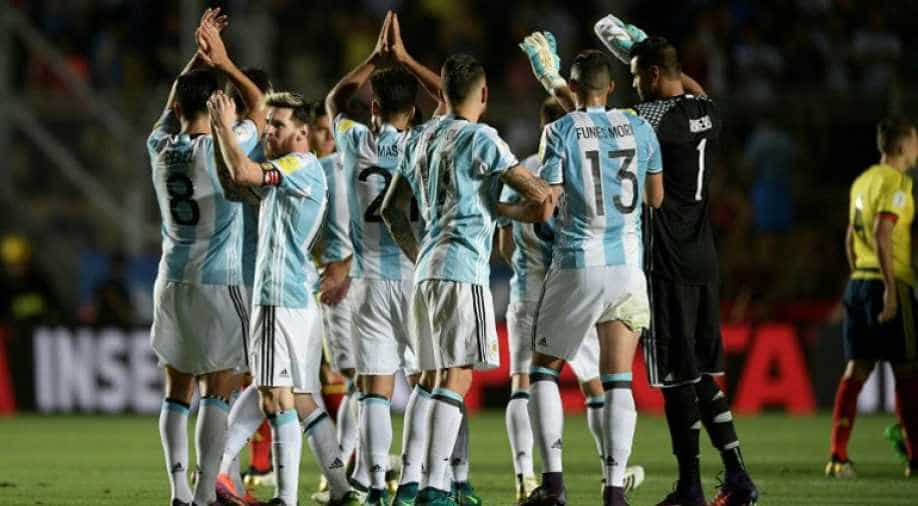 The Albiceleste kept their arch-rivals Brazil at bay to keep the numero uno slot. Photograph:( AFP )

Argentina finished 2016 out in front of arch rivals Brazil to inherit the 'team of the year' title from Belgium, displaced from the FIFA summit by the Edgardo Bauza-coached Albiceleste in April.

Meanwhile, India jumped 42 places in less than two years to record their best ever ranking -- 129 -- in the last decade.

2016 was a productive year for the Indian football team as they won nine of their last 11 international matches.

A win against Peurto Rico, a side ranked 114th, in a friendly international in Mumbai in September was the highlight of the year.

National coach Stephen Constantine said it was a "total team effort" that India achieved their best ever ranking since December 2005, which was 127.

"I think we have had a really good couple of years during my time and while results have been mixed, we have achieved what we said we would. Our ranking is at its highest since 2005 which is obviously great for Indian football. There is, however, a very long way to go where I intend to take Indian football to, but I can say that we have begun our journey," said Constantine.

India were ranked 171 when Constantine took over as national coach for the second time in February 2015 and slipped further to 173 in March 2015 in the FIFA ladder even before Constantine could have his first game in-charge against Nepal, which India eventually won 2-0 on aggregate.

The year-end of 2016 saw the Indian team jump to 135 in the world making it their six-year highest annual ranking since 2009.