'The Tender Bar' review: Where everybody knows his name 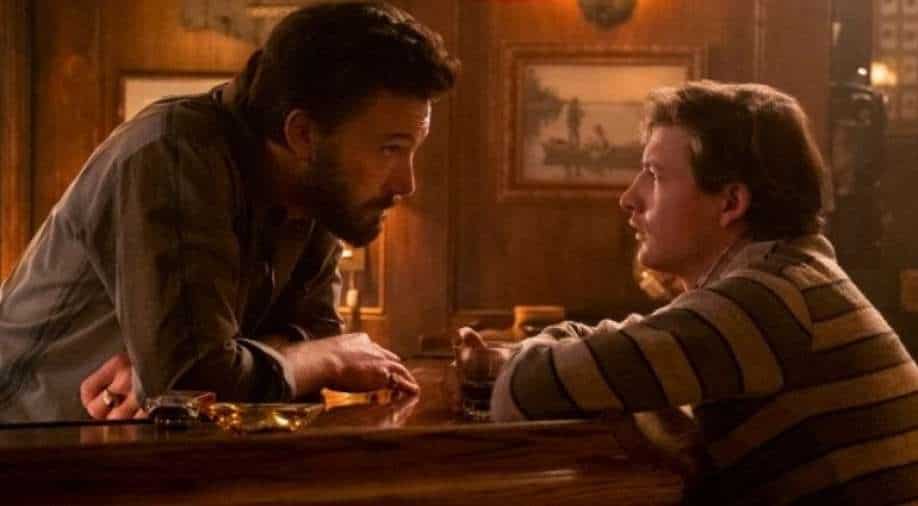 Every kid should have an Uncle Charlie. That’s the sentiment voiced by JR Maguire early in 'The Tender Bar'.

Every kid should have an Uncle Charlie. That’s the sentiment voiced by J.R. Maguire early in “The Tender Bar,” and it’s hard to disagree. By the end of the movie, directed by George Clooney and adapted from J.R. Moehringer’s 2005 memoir, it’s clear that what J.R. means, most simply, is that every child should have an adult who loves them unconditionally: someone who listens, gives good advice and answers hard questions as truthfully as possible.

In movie terms, it doesn’t hurt if that person is also Ben Affleck. Uncle Charlie, a Long Island bartender who is loyal to his friends and family and devoted to his car (a beautiful blue-green Cadillac convertible), is like an older, 1980s-vintage version of Chuckie Sullivan, Affleck’s character in “Good Will Hunting.” He likes to drink, smoke, crack wise and philosophize, but his calling in life is to be there for a vulnerable, promising young man when no one else will.

Affleck is very good at this. He doesn’t oversell either Charlie’s cool or his warmth, and doesn’t let the audience or J.R. in on all of Charlie’s secrets. We see him mostly through the boy’s eyes, as a heroic, benevolent, somewhat mysterious figure, but Affleck’s weary, stoical demeanor suggests dimensions beyond what a child might comprehend. (The young J.R. is played by Daniel Ranieri; grown-up, retrospective narration is provided by the voice of Ron Livingston.) The nuances of Affleck’s performance help ground the movie in small, specific emotions. Its understatement, though, can be a limitation as well as a virtue.

The obvious thing to say about Charlie is that he’s a surrogate father. J.R.’s real dad (Max Martini) is an unreliable, largely absent, self-absorbed disc jockey. He sometimes calls, rarely shows up and lives mainly as a voice on the radio. (“The Voice” is his professional alias.) “The Tender Bar” begins when J.R. and his mother, Dorothy (Lily Rabe), move into her parents’ rambling house in Manhasset. Dorothy’s brother Charlie lives there too, as do a bunch of other cousins and siblings.

We don’t learn too much about them. The focus is on J.R.’s relationships with Dorothy and Charlie, and on his search for The Voice. Grandpa, in the splendidly cranky person of Christopher Lloyd, shows up now and again to swear or break wind, and once in a while to show a little tenderness.

J.R.’s second home is the bar, called the Dickens, where Charlie pours drinks for the regulars and dispenses what he calls “male science” to his nephew. In keeping with the joint’s literary name (there’s a fading likeness of Charles Dickens painted on the side of the building), Charlie keeps books as well as bottles on the shelves. He encourages J.R. to read, and then to write.

Dorothy is determined to send her son to Harvard or Yale, and the second half of the movie — with Tye Sheridan as an older J.R. — follows him to New Haven, where he makes a friend (Rhenzy Feliz) and falls in love (with a classmate played by Briana Middleton). He also puts aside his mother’s dreams of law school to concentrate on writing. He first envisions a novel about his youth, but everyone tells him that “the publishing world is turning toward memoir.”

It’s a nice little joke, though perhaps a bit anachronistic for 1986. The real J.R. Moehringer spent years as a journalist at The Los Angeles Times before writing “The Tender Bar,” but Clooney and the screenwriter, William Monahan, are true to the spirit of the book rather than faithful to the letter. Instead of forcing J.R.’s messy life into a neat plot, the movie skips across his life like a flat stone on the surface of a pond.

Which is also to say that it doesn’t go as deep as it might. Potentially dramatic material — paternal abandonment, maternal illness, unrequited love, alcoholism — is treated with a circumspection that can feel coy and cautious rather than subtle.

But when Affleck is around — especially with young Ranieri as his wingman and pupil — the laid-back vibe of “The Tender Bar” achieves its full measure of weary, wised-up charm. It’s not the kind of movie that will knock you out, but it won’t leave you with a headache and a dry mouth, either. It’s a generous pour and a mellow buzz.