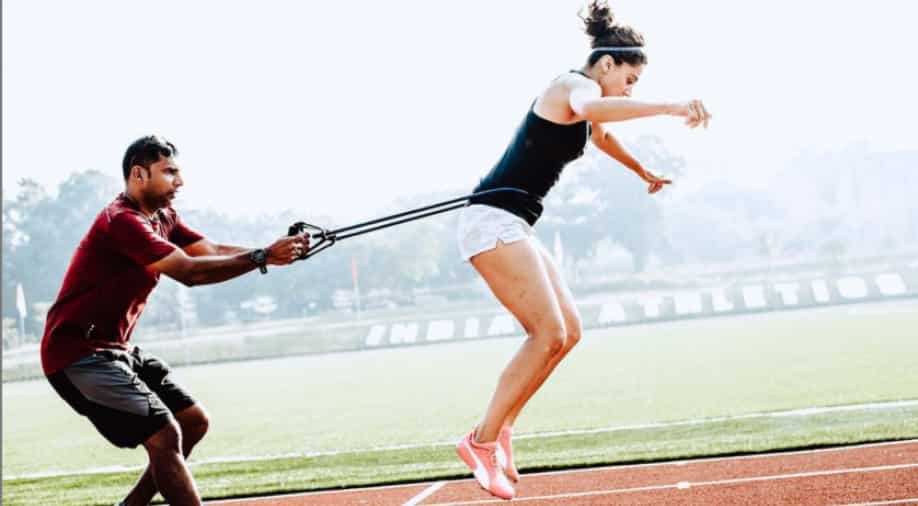 Taapsee Pannu starrer 'Rashmi Rocket' is a sports-drama that is expected to release sometime in 2021.

Actor Taapsee Pannu on Saturday gave her fans a glimpse of her training routine for her upcoming film `Rashmi Rocket.`The 'Pink' actor hopped on to Instagram to shared three pictures from her training sessions.

The pictures see her in a black tank top which she paired with white coloured shorts.Pannu is seen hopping in one picture, skipping in the other one, and running in the third one. "Hop ... Skip... Run.. Repeat!#RashmiRocket P.S- those marks aren`t of the brutal assault on me but technically only on my muscles. #BattleScars," she wrote in the caption.

After wrapping up the shoot for her film `Haseen Dilruba,` the `Thappad,` actor has been shooting for `Rashmi Rocket` which is a sports drama.