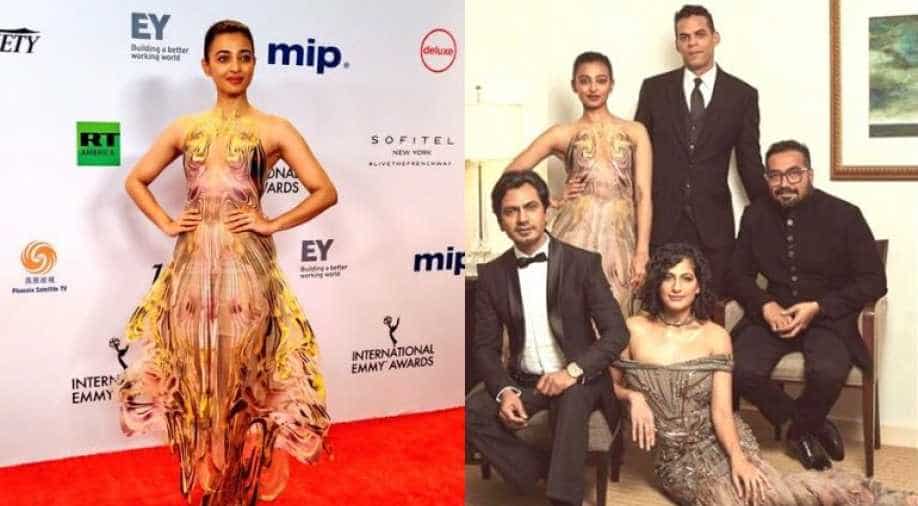 The 47th International Emmy Awards on Monday was a star-studded event. Some of the best content from TV and Web from across the world were awarded at the ceremony that saw a sizeable amount of Indian representation.

Radhika, who was nominated in the Best Actress category for her role in 'Lust Stories' dazzled on the red carpet in an illusion dress with minimal makeup. Radhika tied her hair in a sleek back bun and finished out her look with a dash of red on her lips. Radhika, who is common to both 'Sacred Games' as well as 'Lust Stories'posted photos with both the teams on social media.

We may have lost at the Emmys but it was a night to cherish. Thank you @NetflixIndia for making it happen and for pushing the show to an audience we never thought possible. And thank you to the cast and crew, as always. pic.twitter.com/HcEMyzaLHh

'Sacred Games', though, lost to UK based drama series 'McMafia' which incidentally stars Nawazuddin Siddiqui in a key role.

Sadhana Subramaniam's 'Witness: India's Forbidden Love' was also up for Best Documentary award but the award eventually went to 'Bellingcat - Truth In A Post-Truth World'. 'The Remix' was in the running for the Best Non-Scripted Entertainment prize, which went to 'The Real Full Monty: Ladies' Night'.  Team of 'The Remix' was also present on the red carpet so was Subramaniam.

The ceremony took place at the New York Hilton Hotel in Manhattan.