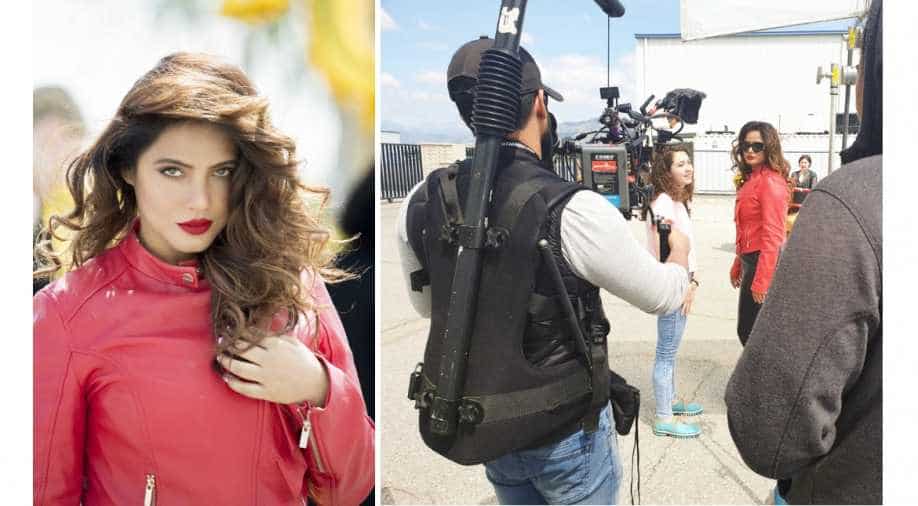 Neetu Chandra on the set of her next project. Photograph:( WION Web Team )

The actress will be essaying her first ever negative role in this short film.

It has been recently revealed that after wrapping up shoot on her upcoming Korean youth action drama ‘Narae’, she has begun work on next project, a short film titled ‘The Worst Day’. Based in Los Angeles, the comedy is written and directed by well known Bulgarian filmmaker Stanislava Ivy and is produced by Marietta Melrose and Virginia Blatter.

Neetu will be essaying her first ever negative role in this short film.

Speaking on the projects that she is currently busy with, Neetu said, “2019 has started off on a wonderful note for me and I'm thrilled to be working on this project. It's been a learning experience for me because it's my first ever negative role. Although I can't reveal much about my character, I can tell you that she's wild, she's interesting and she's the villain. To portray her has changed me and this is definitely one of my most special projects.”

With ‘The Worst Day’, Neetu makes her debut in Hollywood alongside actors Marietta Melrose (‘Gloria Bell’ and ‘Atypical’) and Jose Moreno Brooks(‘Telenovela’).

The film ‘The Worst Day’ is expected to be developed into a TV series.