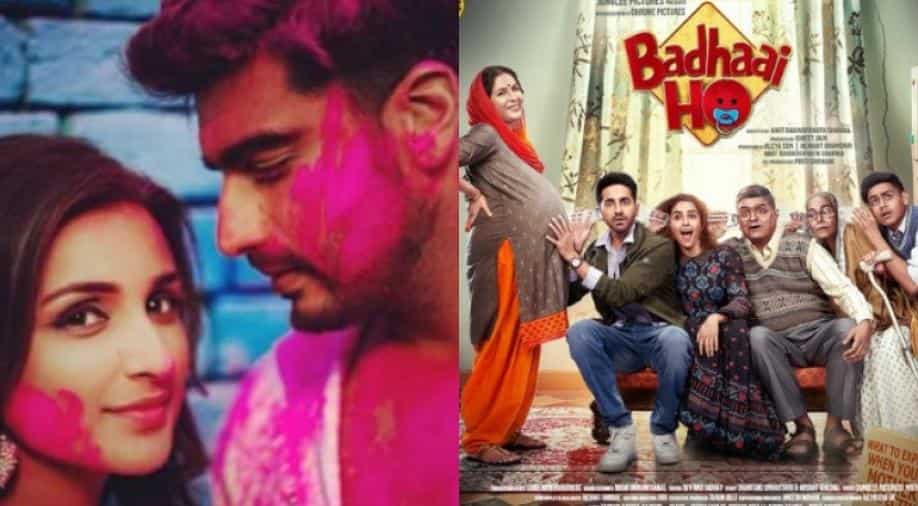 The posters of 'Namaste England' and 'Badhaai Ho'. Photograph:( Twitter )

The two films were earlier scheduled to release on 19th October.

Two big Bollywood films titled `Namaste England` and `Badhai Ho` will now release a day earlier on October 18. They were both earlier scheduled to release a day later.

Keeping in mind the Dusshera celebrations and the extended holidays, the makers of both the films decided to prepone the release of the films.`

Namaste England` has been creating immense buzz owing to the adorable chemistry between the leading duo. This will be Arjun Kapoor and Parineeti Chopra`s second collaboration after starring together in their debut film `Ishaqzaade`.The film, has been shot in Punjab and London, and traces the journey of two individuals who travel across the landscapes of India and Europe. It is directed by Vipul Amrutlal Shah. The movie is a sequel of the 2007 film `Namaste London`, which starred Akshay Kumar and Katrina Kaif.

Shruti Haasan to star opposite Prabhas in Prashanth Neel's 'Salaar'