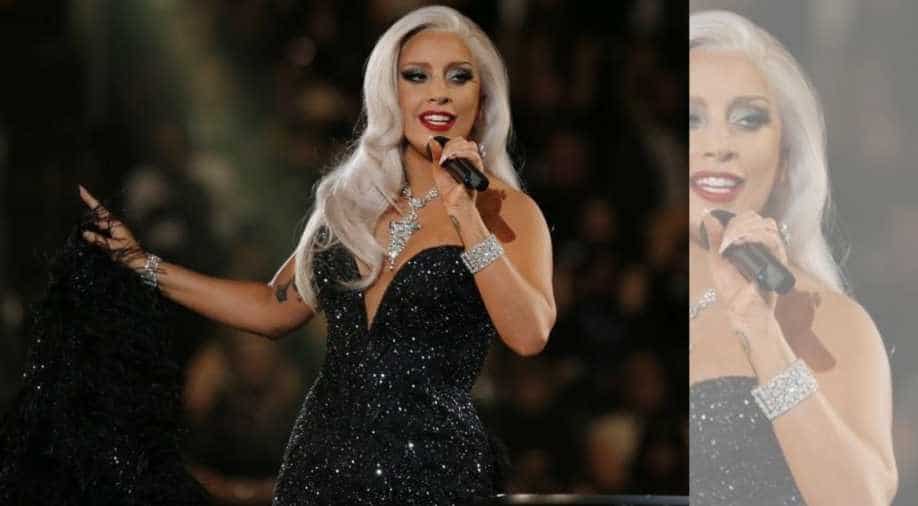 Pop royalty Gaga meanwhile won an award in the visual media group for her heart-pounding hit 'Shallow' of the blockbuster film 'A Star Is Born,' and another for best pop solo performance for 'Joanne.'

The music world hit the red carpet Sunday for the Grammys, with hip-hop royalty and a bevy of talented women leading the pack -- and early awards going to top nominees Lady Gaga and Brandi Carlile.

In the pre-gala ceremony in Los Angeles, at which most of the more than 80 prizes are handed out, folk rocker Carlile -- this year's most nominated woman -- won her first three Grammys ever, in the Americana and American Roots categories.

Pop royalty Gaga meanwhile won an award in the visual media group for her heart-pounding hit "Shallow" of the blockbuster film "A Star Is Born," and another for best pop solo performance for "Joanne."

"I’m not gonna be able to wear any makeup tonight," Gaga tweeted. "I’m in tears with honor and gratitude."

The early wins by women offered a positive sign that change may be afoot at the Recording Academy, which has faced intense backlash over its apparent struggle to embrace diversity.

For the second consecutive year, black hip-hop artists are leading the pack -- but observers are still wondering if nominations success can translate into big wins.

Rapper Kendrick Lamar -- who won a Pulitzer Prize for his album "DAMN." but has yet to snare a Grammy for Album of the Year -- earned eight nods while Canadian rapper Drake snagged seven.

Women artists scored nominations in all of the top categories, after being largely muted a year ago: Gaga, Carlile, rapper Cardi B and pop futurist Janelle Monae are among the frontrunners.

This year, five of the eight Album of the Year nominations went to female artists: Cardi B, Carlile, Monae, R&B prodigy H.E.R. and country star Kacey Musgraves. In the Best New Artist category, six of the eight nominees are women.

A thrilled Carlile beamed as she accepted three consecutive trophies.

"Americana music is the island of the misfit toys. I am such a misfit," Carlile said, speaking about the difficulties of coming out as a lesbian in her teen years and never attending school dances.

"To be embraced by this enduring and loving community has been the dance of a lifetime. Thank you for being my island," she said.

In a charming twist, US president Jimmy Carter won his third Grammy in the Spoken World Album category for the audio version of his best-selling book "Faith: A Journey For All."

But industry drama was threatening the evening gals, with a number of superstars declining to take part in the glitzy concert portion at the Staples Center.
Pop mega-star Ariana Grande -- who dropped her highly anticipated album "Thank U, Next" just before the Grammys -- slammed producer Ken Ehrlich over her decision not to perform, suggesting he was "lying" about her readiness.

Drake, Lamar and Childish Gambino -- the rap alter-ego of actor Donald Glover -- have also all turned down performance offers, and it was not clear if they would even attend.

Childish Gambino won the coveted prize for best music video for his politically provocative "This Is America."

Gaga, Carlile, Monae, Cardi B and Musgraves are all due to take the stage.

Hopes that women would get their due comes after the head of the Recording Academy -- which includes more than 13,000 music professionals -- told them last year to "step up" if they wanted to do better on Grammys night.

The brazen comment drew outrage and prompted the executive, Neil Portnow, to say he would resign when his contract expires this summer.

Gaga's initial two wins were out of five nominations, including for both Record and Song of the Year for "Shallow," which she performed with co-star Bradley Cooper.

Songstress Alicia Keys, a 15-time Grammy winner, is set to host Sunday's televised ceremony -- the first woman to do so in 14 years.

She vowed this year's performances would be the "sickest" yet, with icons like Parton and disco diva Diana Ross also set to take the stage.

A performance honoring the legacy of the late "Queen of Soul" Aretha Franklin is also expected.

She hailed the importance "particularly for women to have our seat at the table, to represent the fact that we are so here and so incredible and we are the creators of our music."

"There's a great respect that is deserved to women and you will see that live embodied on Sunday."