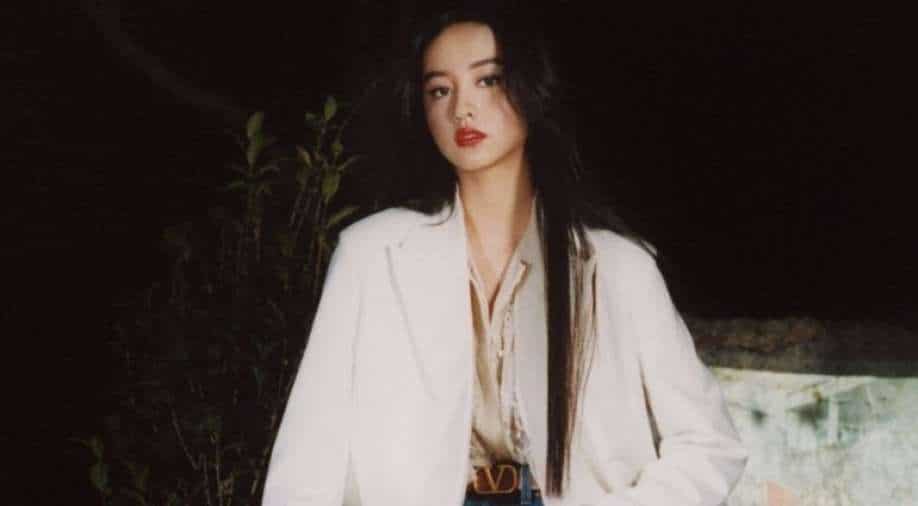 Valentino has since removed the ad from both its official site as well as from its Instagram and YouTube.

In the ad Kimura poses in heels on a piece of fabric that for many users resembled an obi, or kimono sash, that was laid on the ground. Online, commentators decried the placement of the sash as a symbol of traditional Japanese culture and the fact that it was “stomped on” by a model in shoes; some deemed the visual blasphemous.

“The fabric resembles the Japanese traditional obi and Maison Valentino deeply apologises for any offence caused,” a spokesperson said, emphasising the brand’s commitment to “nurturing a culture of equality and inclusion on a global scale.”

The spokesperson added that the campaign, which also features Korean actress Son Ye-jin and Chinese actress Guan Xiaotong, seeks to highlight a connection between global communities and cultures.

The images, part of a promotional shoot for the Milan-headquartered company’s Japan spring/summer 2021 collection ‘Valentino Collezione Milano for Women’, show Koki sitting on an obi, which is traditionally made of the same material as a kimono and worn as a broad sash around the waist.

Other pictures show Koki, famous both as a model and for being the daughter of former boy band heartthrob Takuya Kimura of SMAP, walking on the obi in high-heel shoes and wearing shoes inside a home - a major faux pas in Japanese culture.

In the ad, Koki is shown walking and standing on an obi (kimono sash) while wearing high heels. If that wasn’t enough, the obi was also draped all over the ground outside. Both of these acts are considered disrespectful.

Valentino has since removed the ad from both its official site as well as from its Instagram and YouTube.

What is depression and what are its symptoms: Here's an explanation