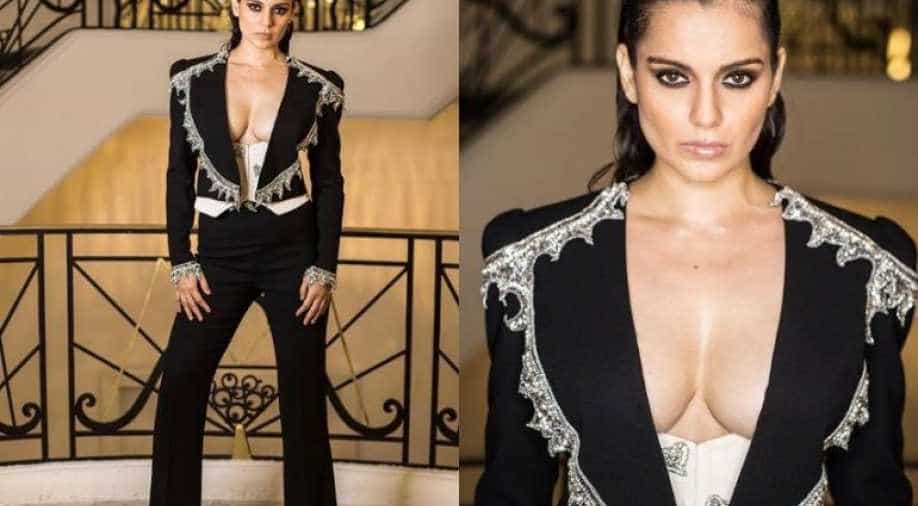 Kangana Ranaut is at the festival for brand association. Photograph:( Instagram )

If Kangana fails to apologise for her behaviour, the media plans to boycott the movie promotions of ‘Judgementall Hai Kya’.

Kangana Ranaut’s row with a journalist does not seem to die down as new reports suggest that the media fraternity is now considering boycotting her upcoming film ‘Judgementall Hai Kya’ promotions if she does not apologise for her conduct.

The issue came up during a song launch from the Ekta Kapoor film when Kangana got into a verbal spat with a journalist and accused him of running a smear campaign against her while avoiding his questions.

While many journalists opposed the drama and wanted the conference to go as planned, some took great offence at her misbehaviour and now demand an apology. They want the actress to issue a public apology in this regard.

According to a report in Times of India, senior journalists will conduct a meeting today to discuss this agenda and take it forward with the producer Ekta Kapoor. They want Ekta to take a stand against Kangana's behaviour.

If Kangana fails to apologise for her behaviour, the media plans to boycott the movie promotions of ‘Judgementall Hai Kya’.

It has been directed by Prakash Kovelamudi and will release on July 26, 2019.