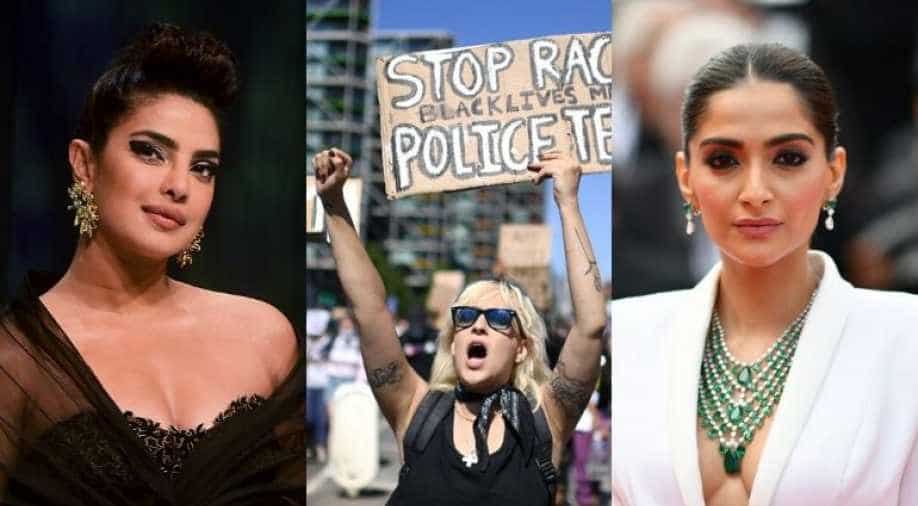 The actor forgot that netizens have the memory of an elephant. Twitter users were quick to respond with this advertisement.

The struggle for staying relevant is real. Ask any Indian celebrity and they will tell you all about it.

Some of them recently had a lot to say about the death of George Floyd. The #blacklivesmatter is trending and speaking out against racism is the politically correct thing to do.

So a lot of our Indian divas jumped in to generate good PR. Only that they forgot they may be guilty of fanning racism.

There is so much work to be done and it needs to starts at an individual level on a global scale. We all have a responsibility to educate ourselves and end this hate. End this race war here in the US, and around the world. Wherever you live, whatever your circumstances, NO ONE deserves to die, especially at the hands of another because of their skin color. ⁣⁣⁣ ⁣⁣⁣ On May 25th, George Floyd was pinned down by the neck by a Minneapolis police officer and died. He laid there, fighting for his life, struggling to breathe, and other officers just stood there and watched. The officer has now been charged with murder.⁣ ⁣⁣⁣ George, I am praying for your family. ❤️ ⁣⁣⁣ ⁣⁣⁣ Text “FLOYD” to 55156 and sign the petition. ⁣⁣⁣ #JusticeForGeorgeFloyd

This is  Priyanka Chopra Jonas' Instagram post. "End this race war around the world," she says. "We have a responsibility to educate ourselves." Here's a crash course on Priyanka Chopra's endorsement history.

Not too long ago, Priyanka Chopra was educating Indian buyers about fairness cream.

List of Indian actors who are speaking on BLM and their fairness cream ads, a thread : pic.twitter.com/yUeRNLch6U

"If you are neutral in the situation of injustice, you have chosen the side of the oppressor."

Which side was she on while endorsing a so-called "re-lighting whitening cream"?

This is not the most ridiculous part. The advertisement promised "pearl perfect fairness".

Actor Disha thought she too had chosen the right side when she tweeted this picture.

The actor forgot that netizens have the memory of an elephant. Twitter users were quick to respond.

This is hypocrisy and selective activism. It applies to most of Bollywood. Most Indian celebrities have their lips sealed when it comes to political issues.

Unlike Hollywood stars who are often vocal about burning issues as scores of celebrities recently pooled in to bail out protesters. It includes A-list stars like Chrissy Teigen, Ryan Reynold and Blake Lively.

Hollywood has never been shy of taking on President Trump. Bollywood actors want to stay relevant but they also want to play safe.

And then some activists want to stay relevant by hashtagging their own stories and tagging celebrities.

All lives matter and most endorsements are motivated. There are no fairness creams to hide the blemish of celebrity influencers.