'Grey's Anatomy' Season 17 review: It displays courage and goodwill of the medical community during the COVID pandemic 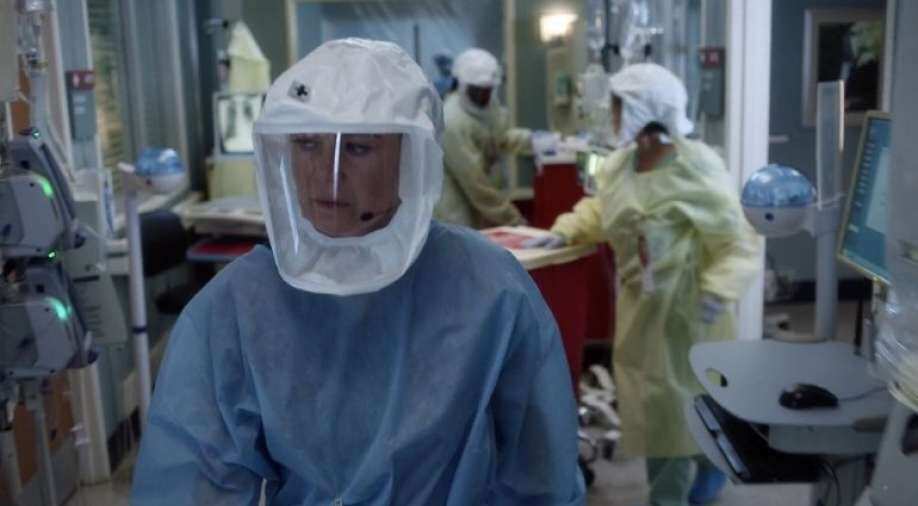 'Grey's Anatomy' Season 17 Review: The show doesn't disappoint at all, especially when it tells its viewers that they will be blown away by the premiere of season 17.

One of the longest medical drama's on TV, 'Grey's Anatomy', is back with its 17th season and gives us a glimpse of how the medical fraternity is dealing with the COVID-19 pandemic. While we get to see familiar faces like Ellen Pompeo, Chandra Wilson, James Pickens Jr. among many others, there is also the return of a very loved character.

Just like the rest of the world, Grey Sloan Memorial Hospital is nothing like it was before. Chaos looms around it with both doctors and families of patients feeling nothing but helpless. Being converted into a COVID centre, there are fewer surgeries being performed, and more doctors declaring the time of death of their countless COVID-19 patients. Right from the entry of the hospital to the surgical wings, you will only find doctors, patients who are minors and their guardians. Patients with illnesses other than COVID are being transferred to other hospitals. The waiting room of Grey Sloan Memorial has now been transferred to the parking lot with doctors frequently visiting to give the families an update. This is a cross over episode with 'Station 19', who are bringing cases of extreme burn to the hospital.

Grey's Anatomy displays the courage, goodwill and commitment of the medical community during these testing times. At the starting of the episode, we are shown how Miranda Bailey tries to keep it together as she watches her husband Ben Warren go do his job (firefighter) in the middle of the pandemic and reminds herself that they need to save lives. Even with a heart condition and sprain in the leg, she is always up and about in the hospital trying to manage everything in these difficult times. Even if it means shouting at her friend/senior Richard Webber to learn the new protocols before practising any medicine in the hospital. She is always on her toes, trying to micromanage everything and everyone in the hospital. As the hospital is falling short of masks, the nurses are reusing the old ones by using extra strings, while some doctors are lending them their N95 masks. It's a team effort, even though nothing seems to be looking good right now, they are trying to support and help each other out in whichever way possible. 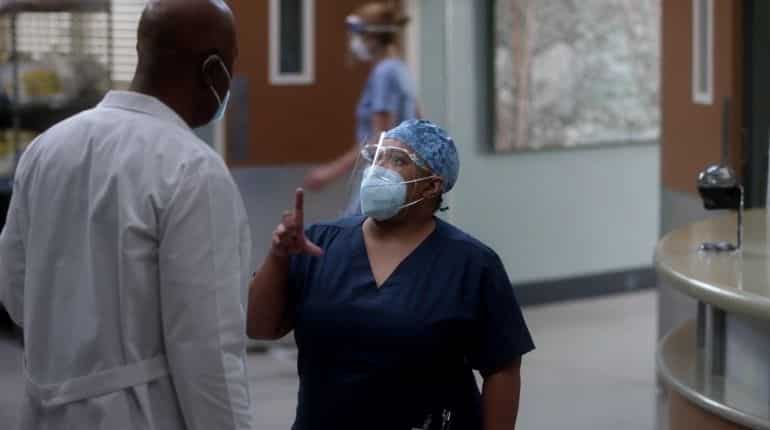 While the premiere largely focuses on the COVID-19 pandemic, we also get an update on each of the character's parallel storylines. First, let's talk about the elephant in the room. Shonda Rhimes did indeed give the 'Grey's Anatomy' fans an early Christmas gift, one which was least expected by anyone. But isn't that what 'Grey's Anatomy' is known for? Dereck Shepherd aka 'McDreamy' makes a surprise entry into the subconscious mind of Meredith when she collapses in the parking lot. (Dereck had died in season 11 in a car accident) It is said that he will make more such 'surprise' appearances in the rest of the season.

Maggie Pierce is finally in a mature and 'no drama' relationship with a doctor she met at a medical conference last season and even though they have a long-distance relationship, she seems really happy and content. We get to see a new spark or at least starting off one between Jo Wilson and Jackson Avery, although we don't know for sure if it ends up being anything solid. Teddy and Owen Hunt's relationship seems to be broken, at least from Owen's side, while Teddy is still trying to make amends for her brief sexual encounter with Koraisk one day before their marriage. On the other hand, Richard Webber and Catherine Avery are still trying to figure out their complicated marriage after all the drama we saw in the previous season.

Grey's Anatomy doesn't disappoint at all, especially when it tells its viewers that they will be blown away by the premiere of season 17.

To sum it up, it was heartwarming yet realistic at the same time.