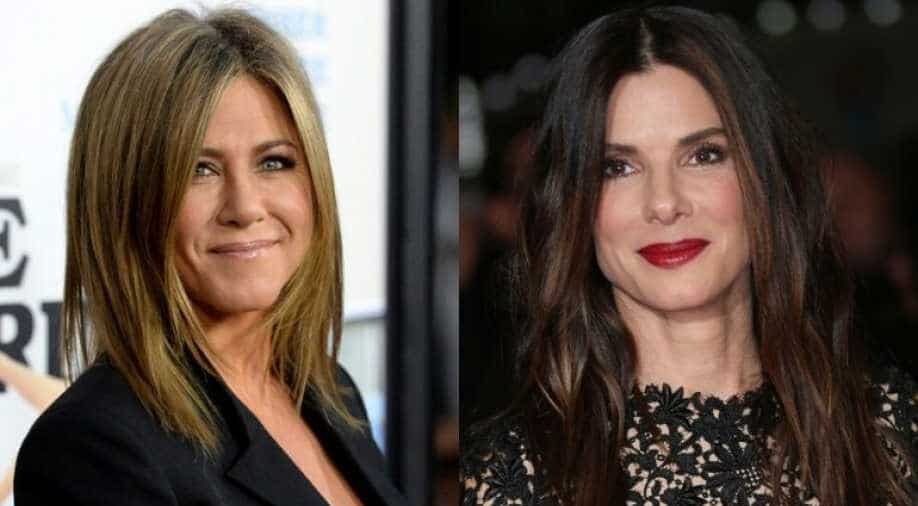 Bullock interviewed Aniston for an article for the Interview magazine and the two recalled how they had been introduced by actor Tate Donovan- a man they both had dated at some point of time.

They both rose to fame in the 1990s and ruled the hearts of millions of fans through their work and they both dated the same man. As Jennifer Aniston turned 51, she chatted up with actress Sandra Bullock for a unique interview as the two 90s stars recalled their careers and the man they both had in common.

Bullock interviewed Aniston for an article for the Interview magazine and the two recalled how they had been introduced by actor Tate Donovan- a man they both had dated at some point of time.

Bullock met actor Tate Donovan in 1990 when they worked together on the film called 'Love Potion No. 9'.  The actress had in an earlier interview admitted that she had fallen hard for Donovan and was reportedly devastated when they broke up in 1994.

Aniston was setup with Donovan by common friends back in 1995 and admits that she too was quite smitten by him. But their relationship lasted a little over three weeks before Donovan called it quits because he was not okay with media prying on them. Aniston was back then a huge star thanks to her show 'Friends'.

Incidentally, Donovan did land a role in 'Friends' at the fag end of his relationship with Aniston. The actor played Aniston’s love interest during the show’s fourth season, but the timing was less than perfect since he and Aniston were in the process of going on a permanent break.

Thank you @interviewmag for this birthday surprise. I had no idea this would be coming out today. Feeling proud and honored to be celebrating with this cover. Thanks to the Interview team for celebrating women at every age... turns out 51 is pretty fun. And thanks to @nickkharamis, @melzy917, @alique_studio, @mrchrismcmillan, @gucciwestman — and my sister from another mister Sandy Bullock for talking to me about whatever the hell we were talking about. I love you so much. 🥰🥳

In the recent interview, Bullock said, "We were introduced by our former boyfriend. I say ‘our’ because you and I both partook of this one human being… We both partook of Tate.”

“We both partook of Tate,” Aniston admitted.

“Who was a very patient human being, given that he dated us both,” Bullock interjected, while Aniston added, "He seems to have a type."

Interestingly, while the two met because of Donovan- none of their relationships worked out with the actor. The actresses though remain close friends till date.