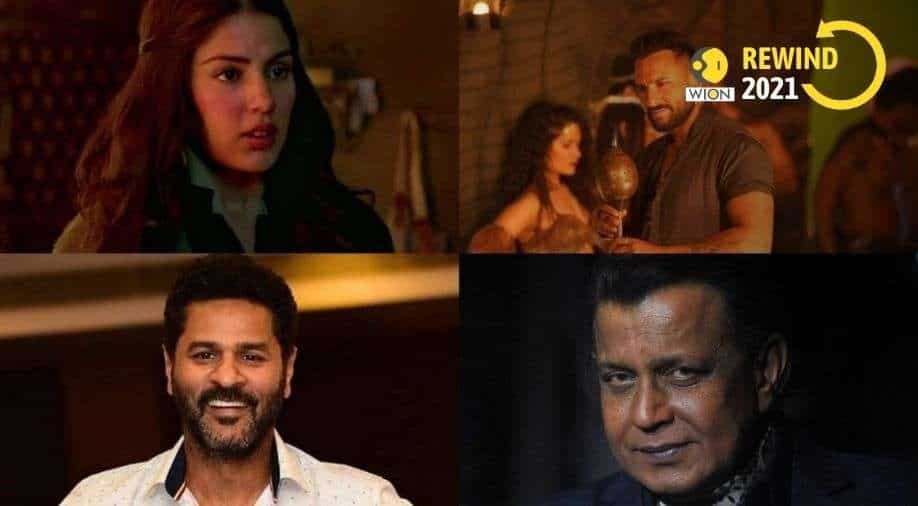 The year 2021 was a time of reckoning for many showbiz actors. While some like Gurav Adarsh and Parineeti Chopra swung back into action during the year, others were not so lucky.

The year 2021 was a time of reckoning for many showbiz actors. While some like Gurav Adarsh and  Parineeti Chopra swung back into action during the year, others were not so lucky.

Mithun Chakraborty: No one would dare to question Mithunda’s place as a living legend. So what the duck was he doing in something as low-life as '12’O Clock'? I mean,  which self-respecting actor would work with Ram Gopal Varma, the saga of whose fall from 'Satya'  to the pits of asatya(untruth) could fill an entire logbook? What prompted our Mithunda to do something so below-the-belch?' 12 O’Clock' was the equivalent of a fart in filmmaking. The only blessing is,  no one saw the film.

Prabhudheva:  Legendary choreographer-dancer, now reduced to a Salman Khan groupie, 2021 would be remembered for 'Radhe', one of the worst films of Salman Khan’s career (mis)directed by Prabhudheva. Towards the end of the year, Prabhu returned to Chennai to play the lead in the Tamil 'Pon Manickavel', a mediocre attempt to play the angry cop. But the fact is,  his fans are far angrier.

Saif Ali Khan: Few would dispute Saif’s place among the better contemporary actors in Bollywood. In 2021 Saif was seen attempting comedy in two pathetic films 'Bhoot Express' and 'Bunty Aur Babli 2'. No one laughed. The good news on Saif’s front is that he won’t be attempting any comedy in 2022.

Jisshu Sengupta:  The Bengal film industry is very upset. One of Bengal’s finest contemporary actors,  Jisshu is so desperate to break into Bollywood that he played a henchman in the Salman starrer 'Antim: The  Final Truth'. It’s not even the main villain’s role. More of a sidekick which any Tom Dick or Harinder Would have played. An irate Bengali filmmaker, who rates Sengupta’s migratory blunder as the  Great Betrayal spits out, “This is what they do. All the name and fame comes from their home state. Then go and throw it all away in Bollywood.”  The fallout of the  Great Betrayal has been massive.  Jisshu was being considered for the Saurabh Ganguly biopic. No more.

Rhea Chakraborty: For all of us who supported this distressed girl’s right to bounce back after being hounded for her ex-boyfriend Sushant Singh Rajput’s death, Rhea’s dismal screen presence and abysmal performance in 'Chehre' was a  wakeup call. Rhea needs voice lessons and an acting coach. Urgently!