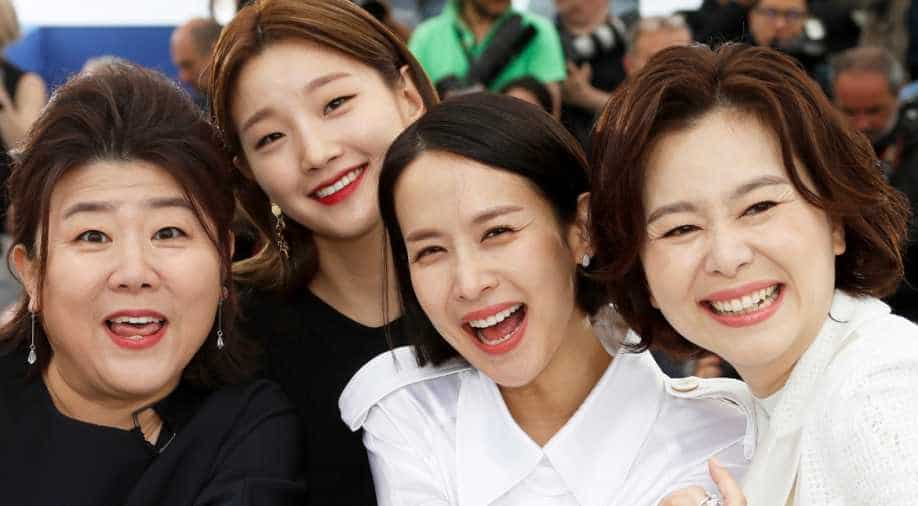 Bong, last at Cannes in 2017 with Netflix-produced 'Okja', revealed his darkly humorous exploration of social tensions at the cinema showcase on Tuesday evening.

'Parasite', a thriller that doubles up as a wickedly funny satire about class struggles, has upped the ante at the Cannes Film Festival, with South Korean director Bong Joon-ho emerging as a strong contender for an award after impressing critics.

Bong, last at Cannes in 2017 with Netflix-produced 'Okja', revealed his darkly humorous exploration of social tensions at the cinema showcase on Tuesday evening.

Set in modern South Korea, the action switches between a cramped basement flat shared by a down-on-their-luck family of four - who have to resort trying to capture Wi-Fi signal from their neighbours - and the glamorous mansion they manage to infiltrate as one by one they con their way into jobs with a wealthy family.

Viewers are horrified and sympathise in turn as the protagonists feed the wealthy mother's belief that her son is an art genius, or are subjected to cold disdain from the businessman father.

Suspenseful throughout, violent at times and searingly funny at others, the film is hard to neatly define - deliberately so, Bong said.

The festival runs until May 25. Bong is vying for the top Palme d'Or prize along with other veteran directors such as Spain's Pedro Almodovar or Britain's Ken Loach, as well as newcomers like French promise Celine Sciamma.