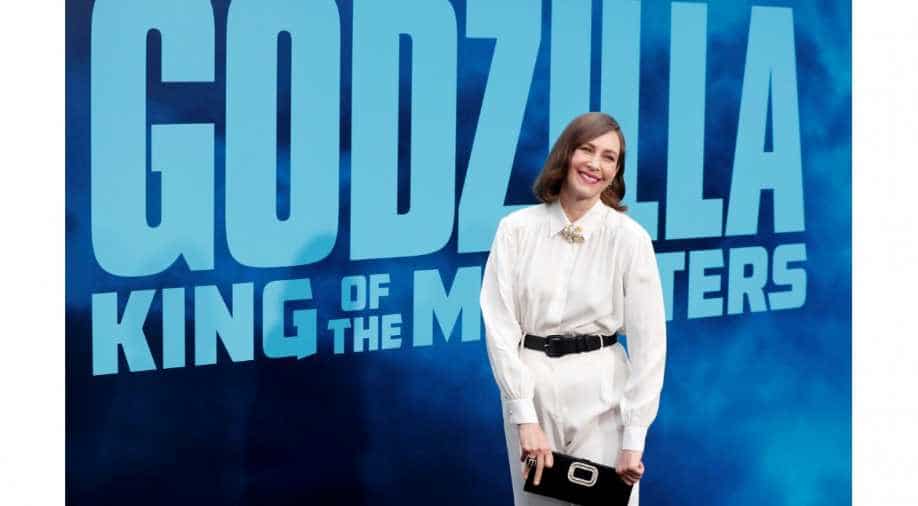 Cast member Farmiga poses at a premiere for 'Godzilla: King of the Monsters' Photograph:( Reuters )

'Godzilla: King of the Monsters' is the third installment in Legendary's MonsterVerse, launched well behind its predecessors, 2014's 'Godzilla' ($93 million) and 2017's 'Kong: Skull Island' ($61 million).

Warner Bros. and Legendary's 'Godzilla: King of the Monsters' may be king of the box office, but it only managed a meek roar. The monster sequel brought in $49 million when it debuted in 4,108 locations, a disappointing start given its $200 million price tag.

'Godzilla: King of the Monsters' is the third instalment in Legendary's MonsterVerse, launched well behind its predecessors, 2014's 'Godzilla' ($93 million) and 2017's 'Kong: Skull Island' ($61 million). Like those films, the latest tentpole is expecting to make majority of its ticket sales overseas, where the eponymous other-worldly creature is a huge hit. 'King of the Monsters' bowed with $130 million at the international box office for a global opening weekend of $179 million.

Older males accounted for the majority of moviegoers, with 59% over the age of 25 and 67% male. Directed by Michael Dougherty, 'Godzilla: King of the Monsters' follows the eponymous monster who faces off against his nemesis, King Ghidorah, and other ancient mythic creatures who are wreaking havoc on Earth. The film stars Kyle Chandler, Millie Bobby Brown and Bradley Whitford.

Another newcomer this weekend, Paramount's 'Rocketman,' took off in a third place with $25 million in ticket sales, which, coincidentally, is roughly the same number of sunglasses Taron Egerton wore to play Elton John in the fantasy biopic directed by Dexter Fletcher.

Though the jukebox musical will inescapably be compared to last year's 'Bohemian Rhapsody,' Fox's Oscar-winning Queen biopic that generated over $900 million globally, "Rocketman" doesn't need to reach those box office heights to become a success. Paramount shelled out $40 million to produce the R-rated "Rocketman," which doesn't shy away from sex, drugs, and rock-n-roll.

In fourth place, Universal and Blumhouse's "Ma," a psychological thriller starring Octavia Spencer, picked up $18.2 million when it opened on 2,808 screens. That represents a promising start given the film's $5 million production budget. "Ma," Spencer's first solo leading role, follows a lonely middle-aged woman who befriends some teenagers after they ask her to buy alcohol for them. After Ma lets the high schoolers party in her basement, the festivities start to take a creepy turn. Tate Taylor, best known for "The Help" and "Girl on the Train," directed "Ma."

Disney's Aladdin' dropped to the No. 2 spot, adding another $42.3 million during its second weekend in theatres. Directed by Guy Ritchie, 'Aladdin' has now earned $185 million in North America and $260.9 million overseas.

Rounding out the top five is Lionsgate's 'John Wick: Chapter 3 - Parabellum,' which collected $11.1 million for a domestic haul of $125 million.