Holi 2022: 5 Cheerful Bollywood songs that need to be on your party playlist 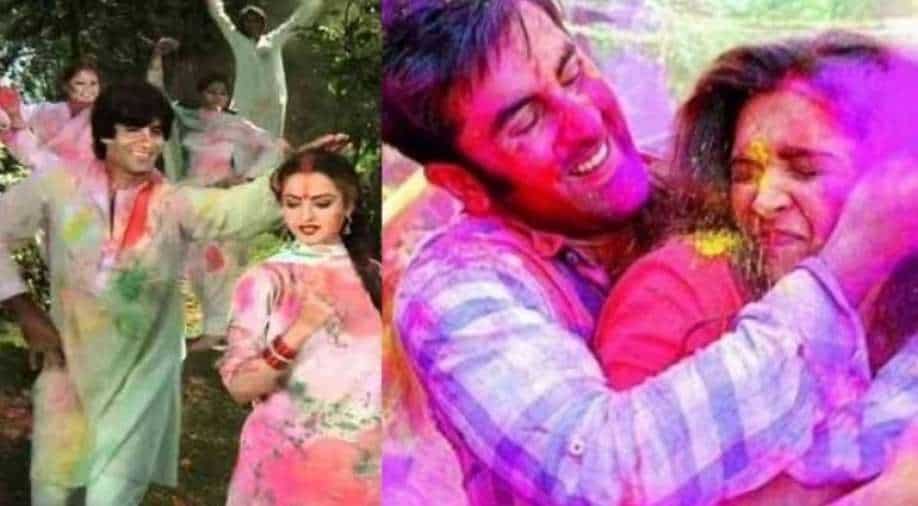 Holi 2022: 5 Cheerful Bollywood songs that need to be on your party playlist Photograph:( Twitter )

Here are a few Holi special tracks that you must add to your festive playlist.

It's that time of the year when people slip into their most comfortable white clothes and step out of homes to splash vibrant colours on their loved ones and binge on scrumptious gujiyas. However, no Holi celebrations are complete without dancing to evergreen Bollywood songs.

Here are a few Holi special tracks that you must add to your festive playlist.

Rang Barse Bheege Chunar Wali Megastar Amitabh Bachchan is well known for his deep majestic baritone voice. Apart from dialogues, he has also lent his unique voice to several songs, one of them being `Rang Barse` from the 1981 released film `Silsila`. It`s been over 40 years since the song was released and to date `Rang Barse` is a Holi favourite.

'Holi Ke Din' Legendary singer Lata Mangeshkar is no more but her immortal voice definitely lifts up the mood for festivals or any other important occasion. Kudos to her and late Kishore Kumar for giving us `Holi Ke Din` song from the movie `Sholay` (1975).

Actors Amitabh Bachchan, Hema Malini and Dharmendra beautifully lip-synced to Lata Mangeshkar and Kishore Kumar`s magical voice, rendering the song a super-duper hit that has stood the test of time.

'Holi Khele Raghuveera' lyricist Sameer brought out his best lyrics for this rustic Holi song `Holi Khele Raghuveera` from the movie `Baghban`, which features none other than Amitabh Bachchan and Hema Malini in the lead roles. Big B lent his voice to this Holi song as well. Adding more colours to the song, the makers complemented Big B`s voice by the vocals of Udit Narayan, Alka Yagnik and Sukhwinder Singh.

'Do Me A Favour Let`s Play Holi' If Anu Malik is there, then one can definitely expect a fun peppy song coming from him. His Holi number `Do Me A Favour` is no different. The fast-paced track portrays the fun side of celebrating Holi. A playful Akshay Kumar sharing the screen with Priyanka Chopra in a traditional avatar makes this song more watchable.

'Balam Pichkari' Holi playlist is incomplete without listening to the new age Holi song `Balam Pichkari` from Ayan Mukerji`s directorial `Yeh Jawaani Hai Deewani`. The track, which was picturised on Ranbir Kapoor and Deepika Padukone, is a youth favourite. Don`t forget to elevate your Holi celebrations by adding Bollywood tadka to your music playlist. Happy Holi 2022.