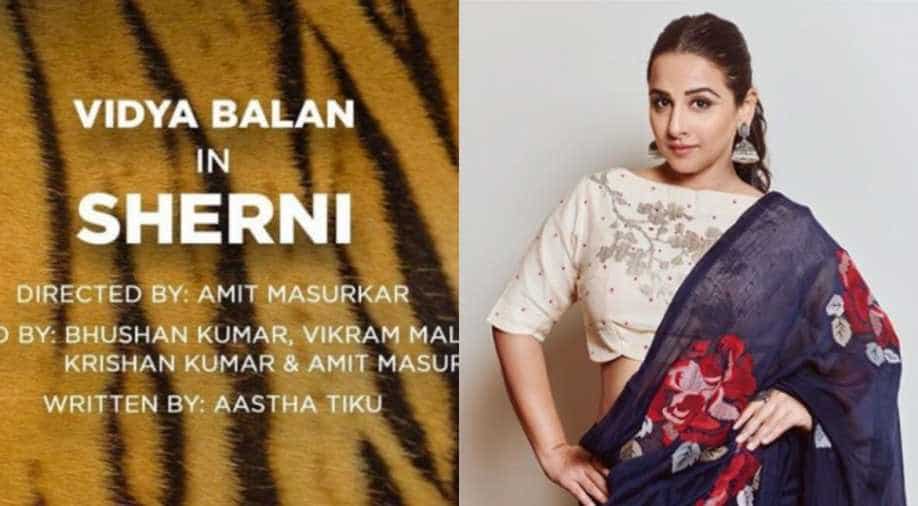 Vidya has been roped for ‘Sherni’ that will be helmed by Amit Masurkar and produced by Bhushan Kumar.

Vidya Balan is a busy woman with multiple projects in her kitty. After the first look of her upcoming film ‘Shakuntala Devi’ released earlier last year, she has now confirmed another movie.

Vidya has been roped for ‘Sherni’ that will be helmed by Amit Masurkar and produced by Bhushan Kumar.

Vidya took to Instagram to share the details of her next as she wrote, "Thrilled to announce my next film - #SHERNI ... Cannot wait to start shoot!Directed by: #AmitMasurkar, Produced by: @BhushanKumar @ivikramix #KrishanKumar & #AmitMasurkar. Written by: @aasthatiku"

Meanwhile, her ‘Shakuntala Devi’ in which she will be essaying the role of a human-computer is the talk-of-the-town. The film also features Sanya Malhotra and Jisshu Sengupta in supporting roles.

‘Shakuntala Devi’ is helmed by Anu Menon with the story around Shakuntala's ability to make swift calculations on her fingertips. Popularly known as 'mental calculator', the girl’s unique talent was first discovered at the age of 5 when she solved a math problem for 18-year-old students.

‘Shakuntala Devi’ is set to hit the theatres on May 8 this year.