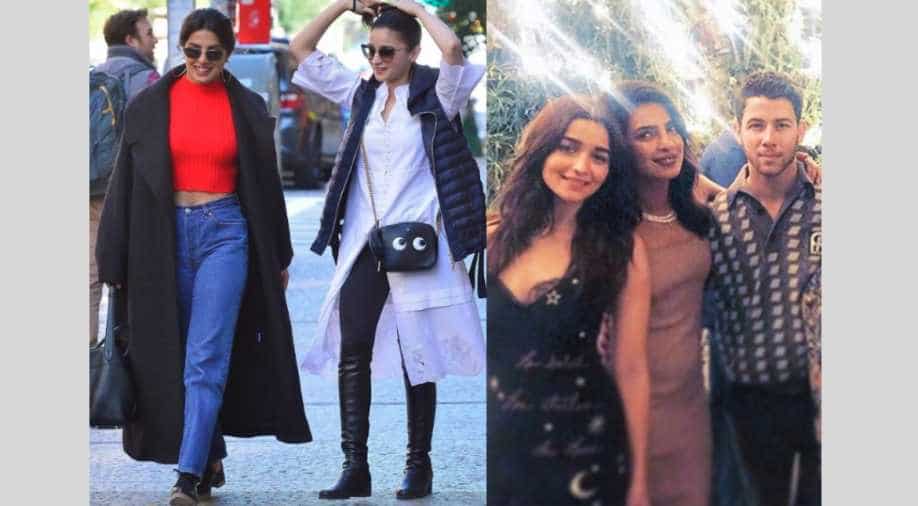 It was disclosed earlier that Priyanka and Nick will tie the knot in a royal palace in Jodhpur on December 2.

While the world may be questioning Alia Bhatt about her own marriage rumours with Ranbir Kapoor, the young star is really excited for good friend Priyanka Chopra’s wedding with Nick Jonas.

In an interaction with IANS, Alia revealed that she is really looking forward to Priyanka’s wedding and can’t wait to see Priyanka’s outfit. She said, "I am really happy and excited that PC (Priyanka Chopra) is getting married. I am very excited to see PC and her wedding attire."

Alia shares a good rapport with Priyanka and was also spotted earlier with her in the streets of New York. While Priyanka was in the city for some work, Alia was giving company to boyfriend Ranbir as he was there to support father Rishi Kapoor and mom Neetu. Rishi was undergoing treatment for some undisclosed illness.

It is also said that Alia might be one of the invitees along with Farhan Akhtar, Siddharth Roy Kapur, Ranbir Kapoor, Katrina Kaif and Salman Khan and etc. For those who remember, Alia also attended Priyanka and Nick's engagement party in Mumbai in August this year.

Priyanka is busy with her wedding preparations. It was disclosed earlier that Priyanka and Nick will tie the knot in a royal palace in Jodhpur on December 2. While the date hasn't been officially revealed but since both celebrated their bachelorette and bachelor trip recently, we are assuming that the wedding is likely to happen this year.