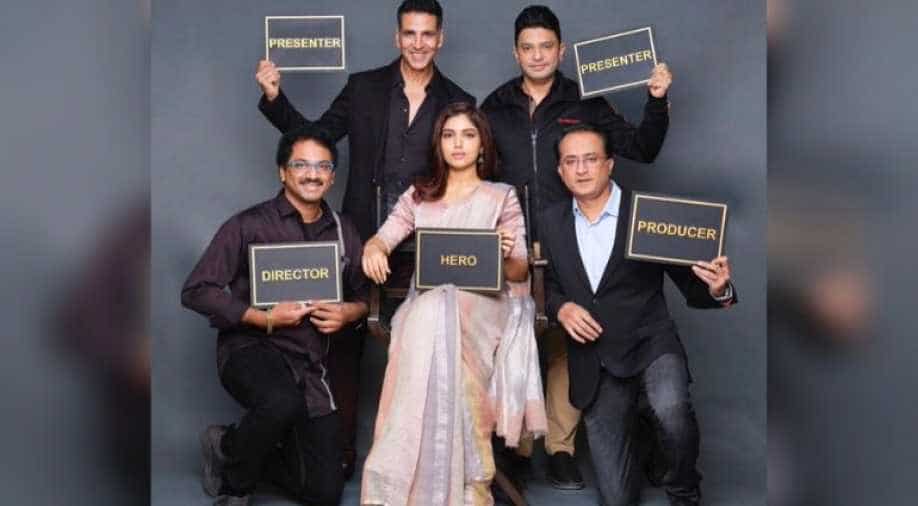 The movie is produced by Vikram Malhotra and directed by Ashok , and will hit the theatre during mid-January.

After creating a buzz among fans with his upcoming film 'Good Newwz,' Bollywood's 'Khiladi' Akshay Kumar is coming up with another good news for his fans.

Akshay is all set to present a scary-thriller film starring Bhumi Pednekar as 'Durgavati'. The film produced by Vikram Malhotra and directed by Ashok will hit the theatre during mid-January.

The actor shared the exciting news on his Twitter handle on Saturday. "Excited to announce @bhumipednekar in & as #DURGAVATI. A scary-thriller, going on floor mid-January. Presented by #CapeOfGoodFilms and @itsBhushanKumar, produced by @vikramix and directed by Ashok. Need your love and luck @TSeries @Abundantia_Ent," he wrote.

Meanwhile, on the work front, the actor is about to leave you in splits with his upcoming comedy-drama 'Good Newwz' starring Kareena Kapoor Khan, Kiara Advani, and Diljit Dosanjh.

The story of the upcoming feature revolves around two married couples and their journey of love. In the film, Akshay, Kareena, and Diljit, Kiara is shown as couples with the same surname trying to conceive a baby through IVF. Watch 'Good Newwz' trailer here

However, they fall prey to a major goof-up when Akshay and Diljit's sperms are interchanged and the couple is left in a complete state of shock when the doctor informs about it. While Akshay-Kareena is shown as a more sophisticated and poised couple, Diljit and Kiara are the typical Punjabi ones - outspoken, friendly and fun! Helmed by Raj Mehta, 'Good Newwz' will hit the theatres on December 27 this year.