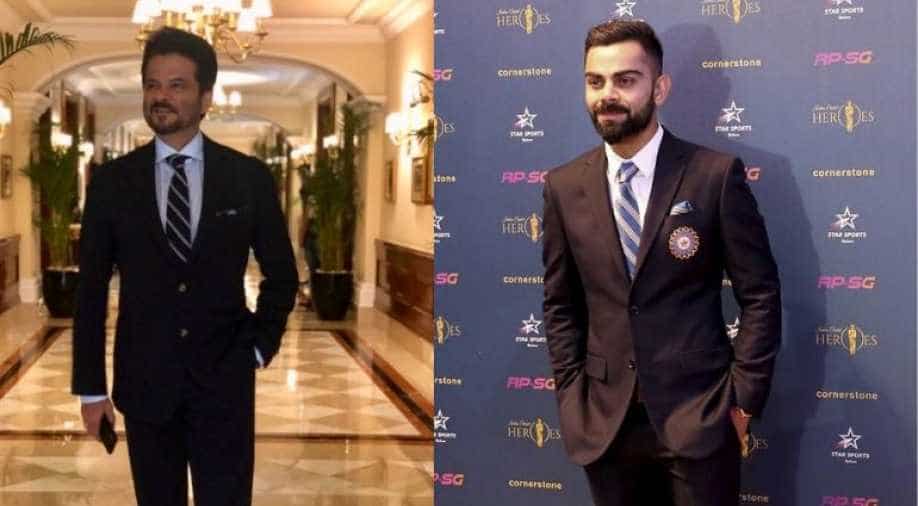 The fans created memes and asked Virat to bring back the 'Kohinoor Hira' from the Buckingham Palace in England.

The ICC World Cup 2019 kick-started yesterday and the meme experts have managed to extract some hilarious jokes and memes out of it.

And when it comes to Bollywood, references to popular movies make the memes all the funnier.

Out of all the memes flooding social media, Anil Kapoor shared one such meme on his Twitter handle which will leave you in splits.

The actor, who played the role of Majnu Bhai in the 2007 comedy film 'Welcome,' shared a meme dedicated to his character's epic horse painting, which also featured in the film.

Anil's character Majnu Bhai plays an underworld don in the film and aspires to be a painter.

The meme had the iconic painting hilariously photoshopped in a group photo of all the ten cricket captains of the participating teams in the Cricket World Cup and Queen Elizabeth.

Tagging the director Anees Bazmi, Anil shared the picture and wrote on Twitter, "Majnu Bhai's art has travelled far and wide. This is literally priceless."

Well, the meme is indeed priceless! Indian cricket team Captain Virat Kohli shared pictures of the players' meeting with the Queen on his Instagram account yesterday.

Check out the original picture: Meanwhile, the netizens were having a field day by making `Kohinoor` diamond jokes.

The fans created memes and asked Virat to bring back the 'Kohinoor Hira' from the Buckingham Palace in England.

The film is a laugh riot and tells the story of a man (Akshay) who falls in love with a beautiful woman (Katrina) but later discovers that her brothers (Nana and Anil) are gangsters.