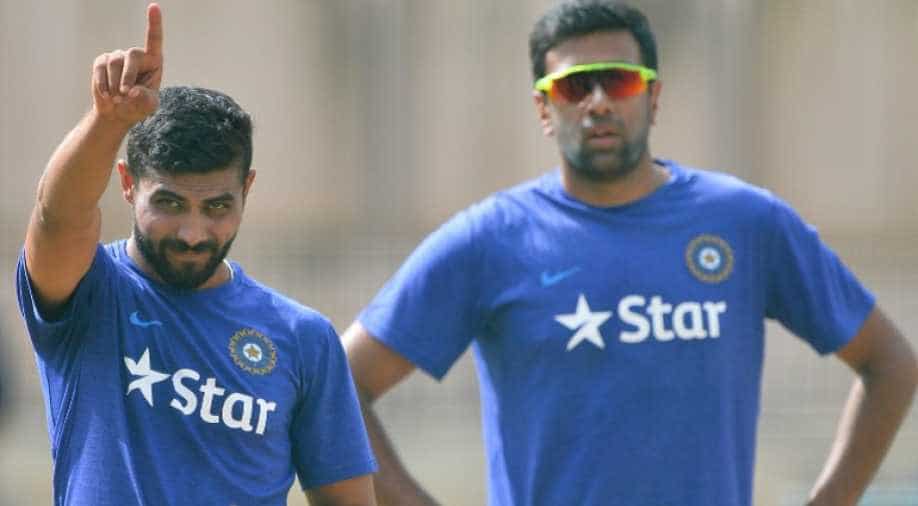 Ashwin and Jadeja shared seven wickets between them in the three 50-over matches, bowling tighter lines than the fast bowlers on run-filled pitches. Photograph:( AFP )

India's premier spinners Ravichandran Ashwin and Ravindra Jadeja have been rested for the three-match Twenty20 series against England starting this week.

The selectors have recalled veteran leg-spinner Amit Mishra and off-spinner Parvez Rasool in the 15-man squad, according to the Board of Control for Cricket in India (BCCI).

The Virat Kohli-led side, which won the three-match one-day international series 2-1, moves into the shortest format with the first game scheduled in Kanpur on January 26.

Ashwin and Jadeja shared seven wickets between them in the three 50-over matches, bowling tighter lines than the fast bowlers on run-filled pitches.

The 34-year-old Mishra was in the ODI squad against England but failed to make it to the starting lineup. He finished with figures of 5-18 in his last outing for his country, an ODI against New Zealand in October.

Meanwhile, Rasool, 27, who represented India in just one ODI in 2014, joins the squad riding on his excellent domestic showing in the Ranji Trophy competition.