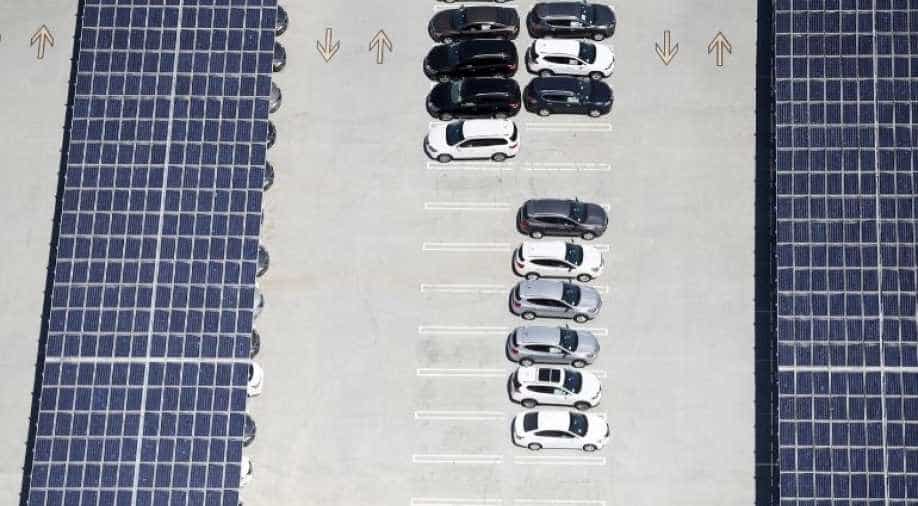 The Solar Energy Industry Association's call to action came a day after it released a study saying the levies would cost 62,000 jobs and $19 billion in clean energy investments

The top US solar industry trade group on Wednesday urged members to use social media to hit back in a dispute with the White House over whether the Trump administration's tariffs on imported panels are killing or creating American jobs.

The Solar Energy Industry Association's call to action came a day after it released a study saying the levies would cost 62,000 jobs and $19 billion in clean energy investments. The study is part of a strategy to persuade President Donald Trump to reduce or end the four-year tariff regime implemented early last year.

In an email to the solar group's public relations committee on Wednesday, Dan Whitten, it's vice president of public affairs, asked that members post photos of US solar workers online with the phrase: "Mr. Peter Navarro, I am an American solar worker. #StopSolarTariffs @WhiteHouse & @USTradeRep".

"We need your help to punch back," said the email, which was seen by Reuters. "We need to engage our workers in a Twitter campaign to hit back."

SEIA's president, Abigail Hopper, issued a statement in response to Navarro's comments saying: "We'd be thrilled if Mr. Navarro would come to one of our conferences to meet some of the 240,000 Americans who work in this great industry, including the tens of thousands of people who manufacture solar products."

Trump's tariff program on imported panels was his opening salvo in a trade war aimed at helping US manufacturers rebound from years of decline due to foreign competition. Solar installers opposed the tariffs because they rely on cheap imported panels to compete with fossil fuels.

The levies started at 30 per cent and were designed to drop by five percentage points each year.

The report, whose gloomy forecasts were based on that rate regime, came out two days before a scheduled mid-term review of the tariff program by the International Trade Commission that could influence whether Trump maintains, changes or cancels it.

Most panels installed in the United States are made in Asia. Despite the tariffs, panel prices have continued to fall due to an oversupply in top producer China, which cut incentives on installations, unleashing a flood of solar products onto the global market.