Nokia CEO to step down, replaced by Fortum chief 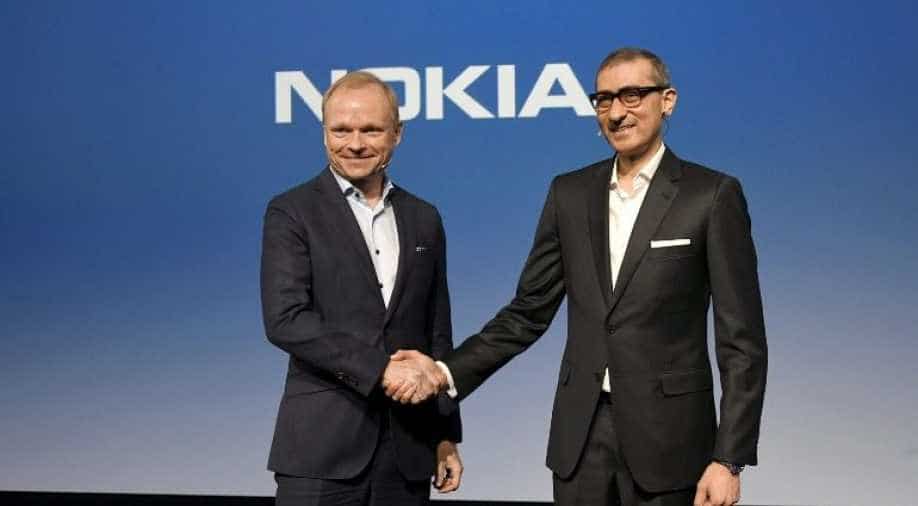 Pekka Lundmark will take over on September 1, Nokia said.

Nokia's chief executive officer Rajeev Suri will leave the telecom equipment provider in September and be replaced by the current head of Finnish energy group Fortum, Nokia announced on Monday.

Pekka Lundmark will take over on September 1, Nokia said.

Suri, who has been Nokia's president and CEO since April 2014, had "indicated earlier to the board that he was considering stepping down from his role at some point in the future, provided a solid succession plan was in place," the company said.

Also read: 5G wireless network should not be conduit of suppression & censorship, says Trump taking a dig at China

"After 25 years at Nokia, I have wanted to do something different," Suri said.

Lundmark has also served as CEO of Konecranes, a global material-handling technology leader. Prior to that, from 1990-2000, he held various executive positions at Nokia, including the vice president of strategy and business development at Nokia Networks.

Lundmark also has "extensive experience in China," he told a press conference on Monday a market which Nokia last year announced it was backing away from in the light of growing support there for local vendors.

Also see: US urges EU to use 5G by Ericsson, Nokia, Samsung, seen on par with Huawei

Nokia's share price rose by four per cent on the Helsinki stock exchange to 3.6 euros shortly after opening at 0800 GMT, before falling back somewhat.

The group has remade itself as a 5G network systems company since its mobile phone business was wiped out by Apple and Samsung.

Suri is behind Nokia's recent transformation, including its acquisition of Alcatel-Lucent and the creation of a standalone software business, and the return of the Nokia brand to mobile phones.

He also oversaw the launch of 'internet of things' products designed to revolutionize specific sectors, such as soil sensors for agriculture or tracking systems for logistics firms.

However, Nokia's attempts to break into the 5G equipment market have faltered in the face of fierce competition from Huawei and Ericsson.

Nokia went on to beat expectations in a "challenging" 2019 and last month posted its first full-year net profit since 2015 of 7.0 million euros and an operating profit of 2.0 billion euros.

At Monday's press conference, Suri defended his record, saying that when he took over as CEO of Nokia Siemens Networks in 2009, the year's operating profit was 28 million euros.

"I'm not entirely satisfied with last year but we still had 2 billion compared to that 28 million," he said.