Apple's services, wearables shore up results as iPhone drops below half of sales 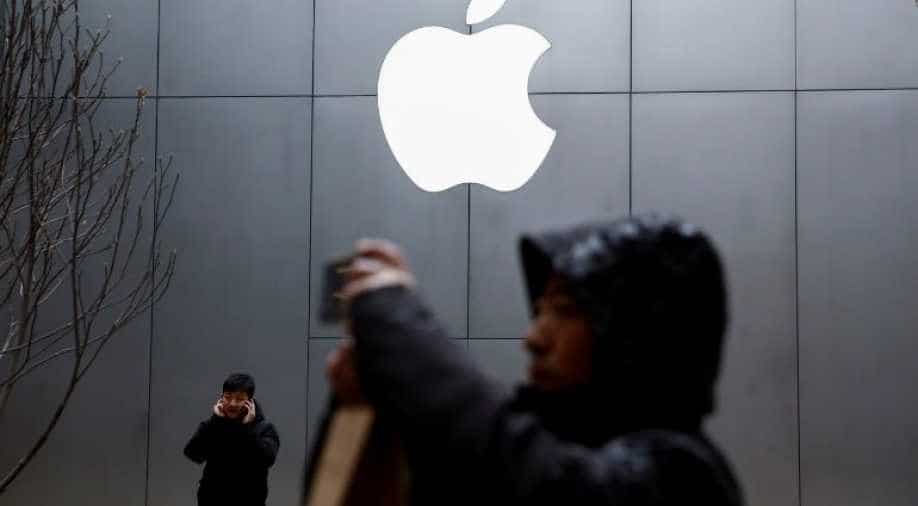 Apple's greater China sales, which had gone into a near free-fall earlier this year, dipped only slightly, assuaging concerns that trade tension was undermining Apple's standing in one of its most important markets. Shares rose 4.25 per cent after hours.

Apple Inc iPhone sales dropped to less than half of quarterly revenue for the first time in seven years, but CEO Tim Cook on Tuesday described the change as successfully diversifying away from a single product and forecast results above Wall Street targets.

That strategy proved especially useful in China, the world's largest smartphone market. Investors feared a drumbeat of negative shipment data from the Chinese government and analysts meant problems for the iPhone maker.

Apple's greater China sales, which had gone into a near free-fall earlier this year, dipped only slightly, assuaging concerns that trade tension was undermining Apple's standing in one of its most important markets. Shares rose 4.25 per cent after hours.

Moribund global mobile phone sales have led Apple to focus on accessories like the Apple Watch and growth in music, apps, gaming, video and a credit card coming in August. In mainland China, Cook said the overall number of Apple device users had grown in the fiscal third quarter, helping to increase the market for its services, whose sales were up by more than 10 per cent there.

"We grew in mainland China," Cook told Reuters. "Non-iPhone revenue grew 17 per cent. We grew in every category outside of iPhone."

But globally, iPhone sales fell 12 per cent to $25.99 billion, after dropping 17 per cent in the previous quarter, and matched Wall Street targets.

Apple said it expects revenue for the current fiscal fourth quarter of between $61 billion and $64 billion, compared with analyst estimates of $61.02 billion.

At the high end of Apple's forecasted range, sales would beat the prior year's $62.90 billion in sales, even though analysts expected continued lacklustre iPhone sales until 5G models arrive in 2020.

For the fiscal third quarter ended in June, Apple reported a 1 per cent rise in revenue to $53.8 billion and a 7 per cent drop in earnings per share to $2.18, compared with expectations of $53.39 billion and $2.10 per share, according to Refinitiv data.

Hal Eddins, a chief economist for Apple shareholder Capital Investment Counsel, said he was pleasantly surprised to see iPhone sales declines slow down versus the prior quarter.

"You don’t hear people talk about their phones like they did several years ago," Eddins said. But, "the key is that when people want to splurge on a phone, they do it with an Apple product."

Apple did not give the number of active Apple devices, but in January it said it was 1.4 billion, with 900 million of those being iPhones. Investors used the number, called the installed base, as a proxy for how many subscribers it can gain for its services business.

Cook told investors on a conference call Tuesday that Apple has 420 million paid subscribers to its services and third-party apps. The company has set a goal of 500 million by 2020.

Trip Miller, the managing partner at Apple shareholder Gullane Capital Partners, said he wants to see services growth return to the 20 per cent range and thinks Apple needs to use its billions in cash to buy media properties to fuel its forthcoming television service.

"You have to have a bigger installed base and have services that people get value from," Miller said.

Apple reported results as US and Chinese trade negotiators resumed off-and-on talks. The US President Donald Trump has suspended new tariffs on a final $300 billion of Chinese imports, which would include iPhones.

Trade tension has slowed down economic growth in China, a major market for Apple, which effectively cut iPhone prices in China earlier this year after currency exchange rates had made its phones too expensive for many Chinese consumers.

Apple's market share in China declined to 5.8 per cent from 6.4 per cent, according to market research firm Canalys, in part because smartphone rival Huawei Technologies Co Ltd gained market share to become the top handset seller in the country.

But Apple experienced a smaller market share less than competitors such as Xiaomi Corp, Oppo and Vivo, according to Canalys data. Cook said that iPhone price adjustments, plus the Chinese government's move to cut phone taxes, helped keep iPhone sales in China from eroding further.

"Our trade-in and financing programs are doing extremely well in China," Cook told Reuters. "Because of the active installed base is growing in China, our services business is doing very well, growing double digits."

Apple shares have gained more than 20 per cent since early June when shares dropped on news that the US Department of Justice had jurisdiction over the company in a potential probe as part of a broader review of whether technology giants engage in anticompetitive practices.

Apple said revenue for its "Wearables, home and accessories" segment that contains devices like the Apple Watch and AirPods was $5.53 billion, compared with analyst estimates of $4.81 billion.

Apple said it returned more than $21 billion to shareholders during the fiscal third quarter, including $17 billion in share repurchases. It declared a dividend of 77 cents per share.