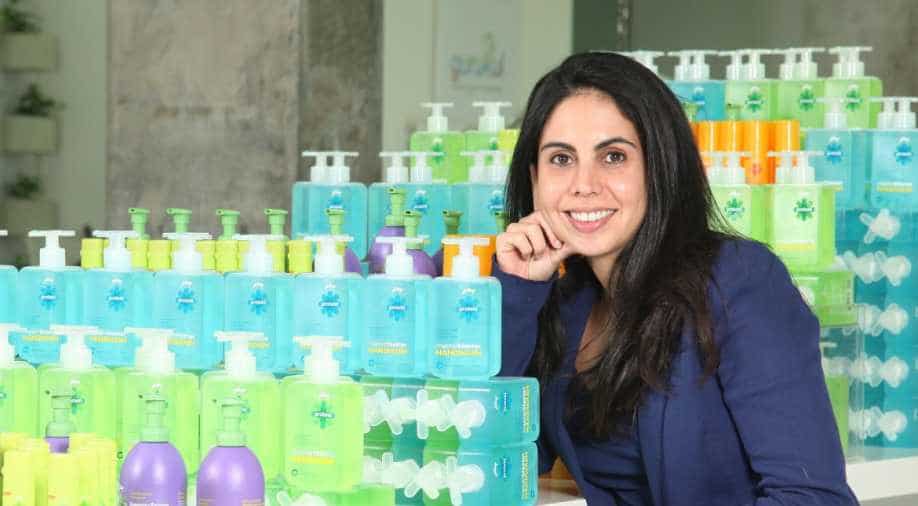 At 39, Nisaba Godrej becomes one of the youngest women to lead a big Indian firm ||Nisaba is the second of Adi Godrej's 3 children. His eldest daughter, Tanya Dubash, is executive director the Godrej Group||The Godrej Group has a presence in consumer goods, real estate, appliances, and agriculture

Adi Godrej announced on Tuesday that he was passing on the baton to Nisaba who is now among the youngest women to lead a large Indian firm.

Adi Godrej, 75, will take over as chairman emeritus after leading the company for 17 years. Nisaba assumes her new role as executive chairperson on May 10, 2017. She is currently the executive director of Godrej Consumer Products Limited (GCPL).

Nisaba is the second of Adi Godrej's three children. His eldest daughter, Tanya Dubash, is executive director and chief brand officer of the Godrej Group, while the youngest son, Pirojsha Godrej, is the executive chairman of Godrej Properties.

Adi Godrej said he will continue to serve the GCPL Board.

Vivek Gambhir will continue as managing director and chief executive officer, GCPL said in a statement.

"The foundations of GCPL are extremely strong. This is an opportune time to transition to a new chairperson, who will lead the company in its next phase of growth," Adi Godrej said.

The Godrej Group has a presence in consumer goods, real estate, appliances, and agriculture sectors, among others.

In the past decade, Nisaba has played a key role in GCPL's strategy and transformation and has served on the GCPL board of directors since 2011.

Project Leapfrog, initiated in 2007 under which GCPL accelerated domestic organic growth through innovation and consolidation, and at the same time went global by investing in emerging markets outside of India, was a brainchild of Nisaba.

During the period, GCPL's market capitalisation increased 20-fold from Rs 3,000 crore to Rs 60,000 crore. At present, almost half of the company's revenue comes from overseas markets.

Nisaba has also been credited with institutionalising design-driven thinking in the company and she directly leads product development.

She has also been hands on in identifying and developing in-house talent for the group with an oversight of the Group HR function for Godrej Industries and associate companies.

Nisaba's previous assignments within the Godrej Group include successful turnaround of Godrej Agrovet and the creation of a group strategy function to oversee the group's portfolio.

A graduate of The Wharton School of the University of Pennsylvania and a management graduate from Harvard Business School, Nisaba is married to Kalpesh Mehta, a real estate entrepreneur and has a son.

Commenting on her elevation, she said her father's disciplined, results driven and humble approach will always be the core of the group's DNA.