Women across Latin America march in favour of abortion rights 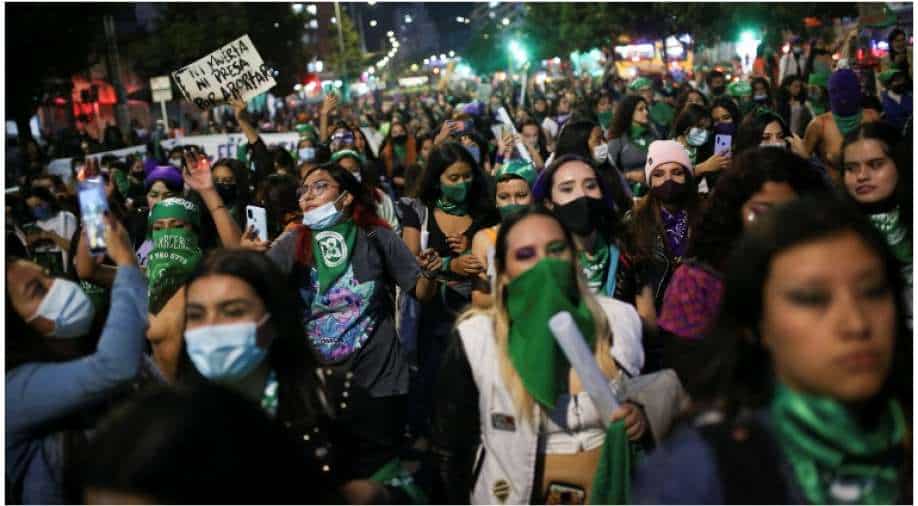 Demonstrators march in support of legal and safe abortion and to mark the International Safe Abortion Day in Bogota, Colombia September 28, 2021. Photograph:( Reuters )

In Mexico City, women marched to the historic center under the gaze of police with shields and riot helmets. Authorities put up protective fences on some major buildings and monuments that in the past have been spray-painted during demonstrations.

Thousands of women demonstrated in several Latin American cities on Tuesday to commemorate the global day of action for access to safe and legal abortion, in a region where the procedure is fully permitted only in a handful of countries.

In Mexico City, women marched to the historic center under the gaze of police with shields and riot helmets.

Authorities put up protective fences on some major buildings and monuments that in the past have been spray-painted during demonstrations.

"I still don't know if I want to be a mom, but I want to have the right to decide," read a sign held by a young woman with a green scarf around her neck. 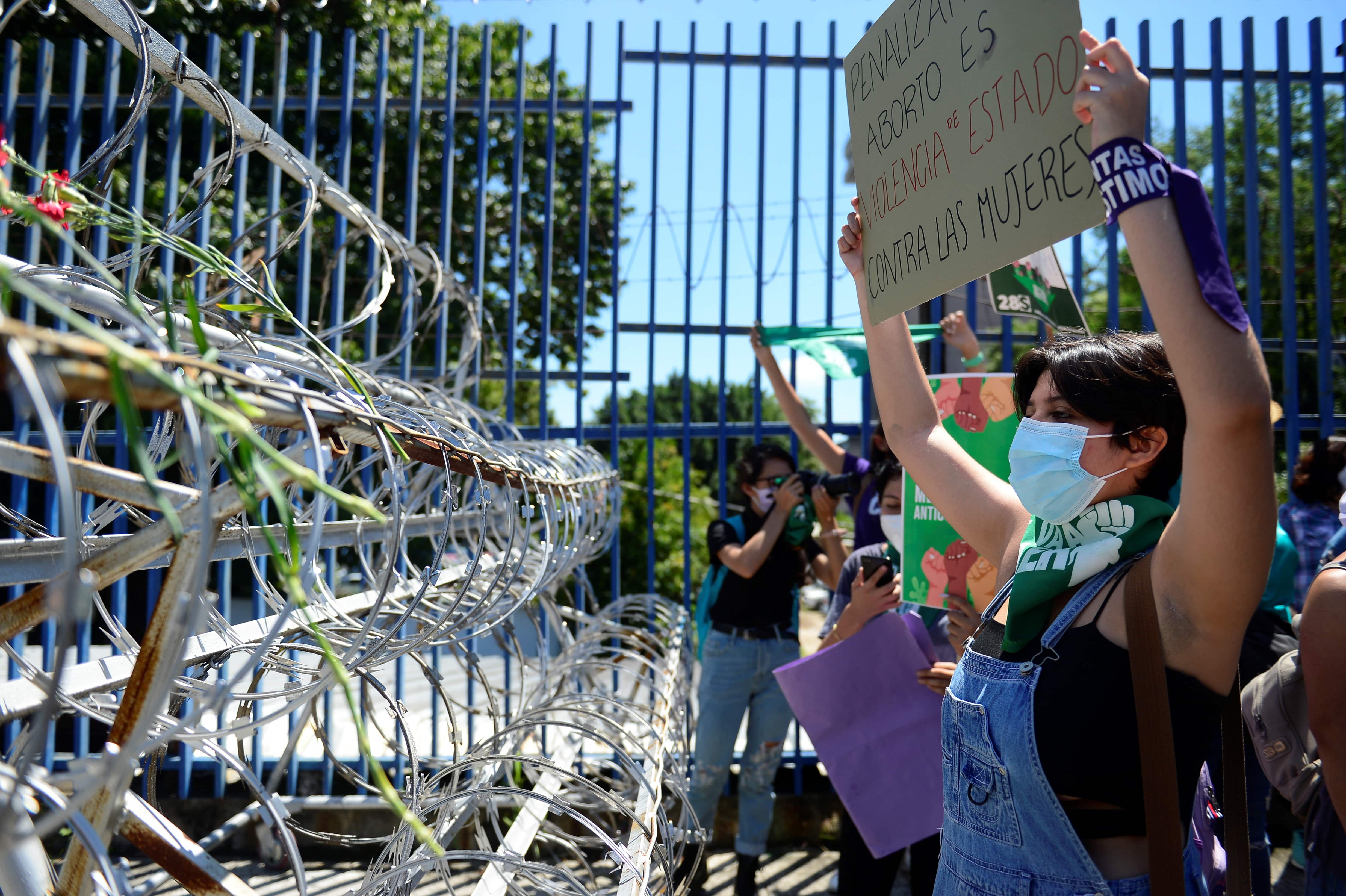 Earlier this month Mexico's Supreme Court declared it unconstitutional to criminalize abortion and, shortly after, the government said that those jailed on accusations of having terminated their pregnancy would be released.

Hundreds of other women marched in other parts of Mexico, including in the cities of Cuernavaca and Veracruz.

Every year, thousands of women in Latin America die from unsafe abortions at a time when teenage pregnancies and sexual violence continue to increase in the region. In Colombia, where abortion is allowed only in cases of rape, risks to the life of the mother, or birth defects, some 800 women marched towards the center of Bogota.

"Women are reminding states and societies that we're full citizens, not second-class, and that we have the right to abort, to voluntarily interrupt pregnancy, to decide about our bodies, about our lives, and about our maternity wards," said Ita Maria Diez, a leader of the Bogota demonstration.

A march was also held in Chile, where the lower house of Congress agreed to debate a bill to decriminalize abortion for up to 14 weeks after pregnancy.

Scores of people in El Salvador waved green flags and marched through San Salvador en route to Congress to demand a loosening of the country's "strict" abortion laws.

Holding up banners saying "it's our right to decide" and "legal abortion, safe and free," the Salvadoran protesters sought to pressure legislators to ease one of the world's strictest abortion laws, which prohibit termination of pregnancy in cases of rape and even if the mother's life is at risk.

The proposals taken to the Salvadoran Congress have been named "Beatriz Reform," in honor of a young woman who in 2013 openly called for an abortion to save her life as she suffered from a chronic disease, which took her life four years later.

"We are asking for minimum measures to add to the Penal Code to guarantee the life and integrity of women," Morena Herrera, a prominent Salvadoran feminist, told journalists.

"It does not require constitutional reform. It can be done now and if it is true that there is independence of powers, the Legislative Assembly must respond," she added.

Salvadoran President Nayib Bukele earlier this month ruled out any amendments to the abortion laws as part of controversial constitutional changes his government is planning.

But several out of more than 20 Latin American nations still ban abortion outright, including El Salvador, which has sentenced some women to up to 40 years in prison.