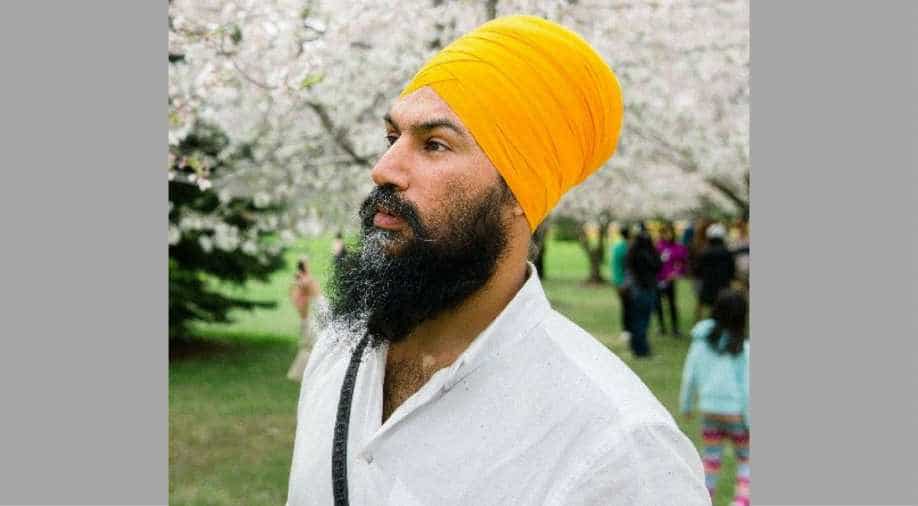 Jagmeet, in the process, became the first non-white politician to head a major political party in the country.

Jagmeet, 38, is the son of Punjabi immigrants.

His father Jagtaran Singh is from Thikriwal village in Punjab's Barnala district while his mother Harmeet Kaur is from Ghudani Khurd village near Ludhiana in India.

The NDP occupies 44 seats in Canada's Parliament, behind the Liberals' 184, and the Conservatives' 99.

While both Jagmeet and Trudeau fall on the liberal side of the political divide, Jagmeet leans further to the left.

In his manifesto, Jagmeet calls for electoral reform, repealing Canada's existing anti-terrorism act, an end to solitary confinement, and champions a host of progressive environmental policies.

Jagmeet is also a vocal champion of the rights of people of colour, and the LGBT community. (Jagmeet has also advocated that turbaned Sikhs be exempted from wearing motorcycle helmets.)

Jagmeet most recently took social media by a storm when he was seen -- in a video in early September -- dealing calmly with a woman as she heckled him.

The woman accused him of wanting to implement Shariah law in the country; Jagmeet responded to her with the words "love and courage", chanted over and over again.

Some people say that's what won Jagmeet the election.

Jagmeet has of course always been a social media darling -- his good looks, sharp suits, and colourful turbans help.

He is a lawyer by profession, knows martial arts, and captained his high school wrestling team. (That was preceded by a serious case of bullying at school.)

BuzzFeed called him "the most stylish politician in Canada by like a million kilometres” while GQ called him "the incredibly well-dressed rising star of Canadian politics".

All of which should help him, at least a little, push his party's numbers up in Parliament.