What does it mean to be German? Question is asked in election year 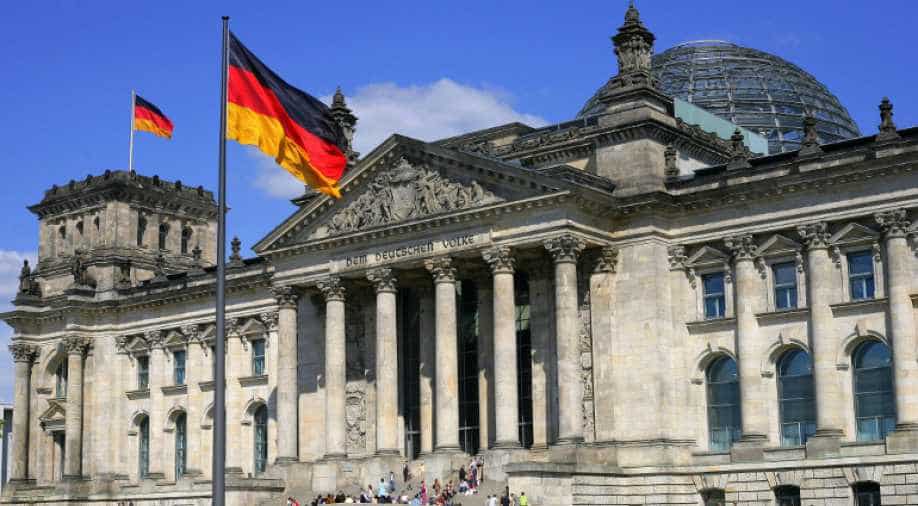 In a double-page spread, de Maiziere outlined in 10 points what he considers core elements of the German 'Leitkultur', the guiding or dominant national culture. In photo: The Reichstag building which houses the lower house of Parliament. Photograph:( Others )

Germany is going to the elections in September and the fiery quetion being debated nowadays is: 'What does it mean to be German?'

What does it mean to be German? A minister close to Chancellor Angela Merkel has kicked off a divisive election-year debate about cultural identity, earning him praise, ridicule and charges of immigrant-bashing.

Some say it's high time to define shared values as Germany seeks to integrate more than a million mostly Muslim asylum seekers who arrived since 2015 under Merkel's open-door policy.

Others have slammed the initiative as a grab for right-wing voters who threaten to drift off to the nationalist, anti-immigration Alternative for Germany (AfD) party in September elections.

The eye-catching opening salvo was fired by Interior Minister Thomas de Maiziere in the top-selling tabloid Bild on Sunday.

The front page showed the politician in charge of police and migrant affairs before the national colours black, red and gold, with the grammatically dubious headline "We Are Not Burka".

In a double-page spread, de Maiziere outlined in 10 points what he considers core elements of the German "Leitkultur", the guiding or dominant national culture.

He listed a diligent work ethic, respect for others, being an "enlightened patriot", a belief in Europe and NATO, and in education and the arts, including the works of Bach and Goethe.

The Christian Democrat also said being German means "showing our face" rather than wearing an Islamic full-face burka, and greeting others with handshakes, which some Muslims shun with non-family members of the opposite sex.

On Twitter, outrage and mockery rained down on de Maiziere, garnished with memes of German sauerkraut and garden gnomes.

Berlin state secretary Sawsan Chebli, the daughter of Palestinian refugees, said she found it "off-putting" to claim virtues such as respect for education as uniquely German.

Former president Christian Wulff, the first public official to proclaim that "Islam is part of Germany" , said the constitution provides all the rules needed for life in an open, democratic society.

Nonetheless, polls by Insa and YouGov found that around half of Germans agreed with the concept of a "Leitkultur", which has been hotly debated in media columns and TV talk shows.

It is a painful debate in a country that, given its guilt over World War II and the Holocaust, long shunned open expressions of patriotism, but which is yet to fully embrace the concept of "multiculturalism".

One fifth of Germans have a migrant background, and four million of its 80 million people are Muslims, including a large Turkish diaspora, a legacy of post-war Germany's "guest worker" programme.

Yet the word "Multikulti" is still often used as a negative, to evoke urban migrant ghettos, "parallel societies" and no-go areas, rather than a rich, ethnically diverse society.

The loaded term "Leitkultur" was first used in German politics by the CDU in 2000 to suggest that immigrants, then mainly from the former Yugoslavia, must follow Germany's customs and traditions as well as its laws.

The word was revived by the AfD, a party now polling around 10 per cent, which has urged Germans to rediscover national pride and a Christian-rooted heritage.

Now, four months before elections, de Maiziere has taken ownership of the term.

"Populist, empty and slightly nauseating," was how Berlin graphic designer Bettina Braun, 37, characterised the phrase, adding that "if Germany needs a Leitkultur, it should be to reject nationalism."

Retired teacher Gerda Felgner, 68, judged it "problematic", because "if you want to exclude someone, you define what Leitkultur is".

Others were more sympathetic, including Thai-born office worker Somkiat, who said "every country has common rules that define day-to-day life".

"Foreigners can't just come and do whatever they want, they have to integrate themselves," said the 62-year-old.

Health care worker Uwe Liebrecht, 61, couldn't agree more, saying he felt ethnic Germans like him were "becoming a minority" and migrants "here should try to fit into our culture".

Iraqi-born Nora, 28, said the hijab headscarf she wears had "sadly become a symbol" and had led strangers to tell her she looks "like a ghost".

"Of course that hurts and I think to myself: 'you don't even know me'," she said. "I grew up in Germany and to a degree I can understand it. Many Germans don't know any foreigners and just see terror on TV.

"I think we need to talk to each other more and reduce those prejudices."