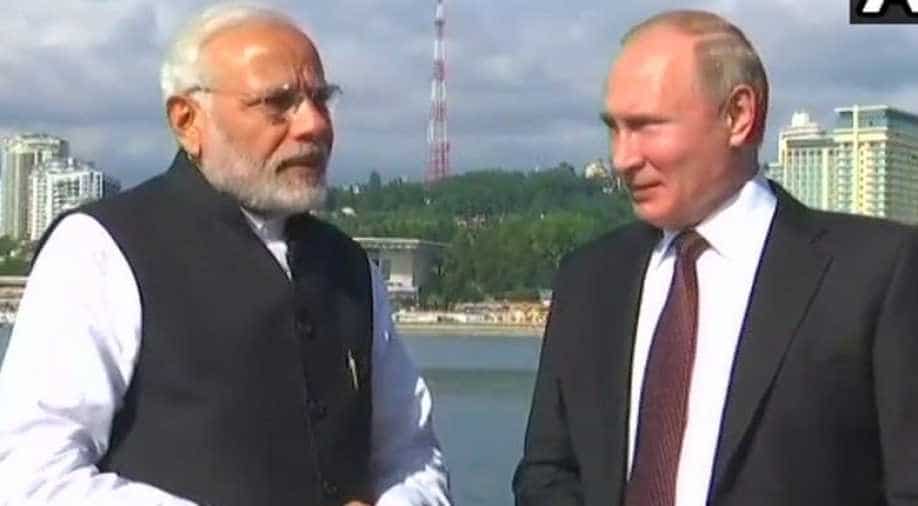 Amid diplomacy and politics, PM Modi and Russian President Vladimir Putin took a ride on a yacht along the Black Sea in Sochi.

"I am grateful to President Putin who invited me for an informal meeting and hence, in the long friendship of ours, this is a new aspect that has been attached to our relationship," Modi said.

"Our defense ministries maintain very close contacts and cooperation. It speaks about a very high strategic level of our partnership," Putin said.

Putin also hailed growing trade between India and Russia which had grown over 17 per cent.

While thanking the Russian president for India's permanent entry into the Shanghai Cooperation Organisation(SCO), PM Modi congratulated Putin on his fourth term as president.

"In my political career also, Russia and you (Putin) are very significant...As the chief minister of Gujarat, it was my first meeting with a foreign leader. Hence, the beginning of my international relations started from you and Russia," Modi added.

Thanking Modi on his visit, Putin said the Indian prime ministers visit would give a fresh impetus to bilateral ties.