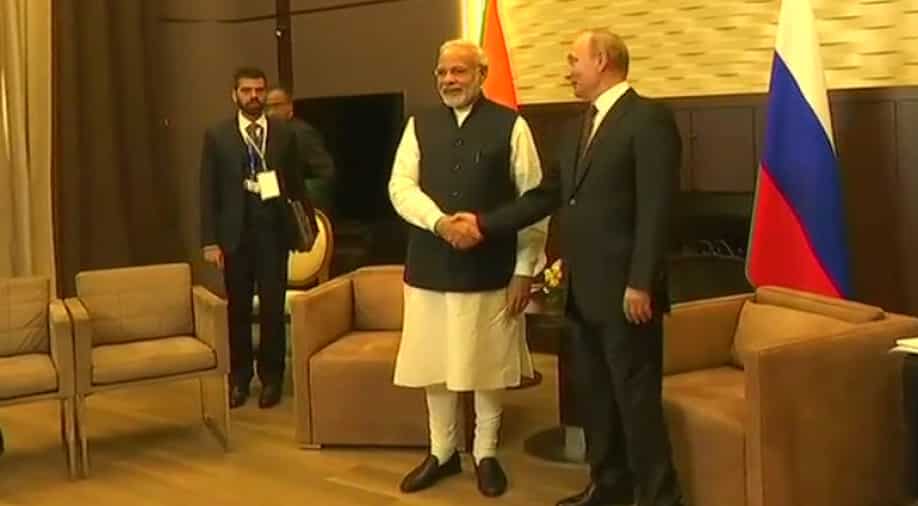 PM Modi also congratulated Russian President on his fourth term and thanked him for the invite.

"India and Russia have been friends for a long time. Thankful to President Putin for inviting me for an informal meeting at Sochi," said PM Narendra Modi in Russia's Sochi.

After meeting President Putin, PM Modi said, "Russia played a major role in helping India get a permanent membership in SCO. We are working together on International North-South Transport Corridor (INSTC) and BRICS."

Yesterday, PM Modi had said that he had hoped that the talks between the two leaders would strengthen "special and privileged" partnership between India and Russia.

The summit is being held on the lines of the Wuhan informal summit between PM Modi and Chinese Premier Xi Jinping. The meeting between the two leaders is the first since the re-election of Putin as the President of Russia.