Watch: Ahead of Trump-Kim talks, US bolsters Seventh Fleet near Japan 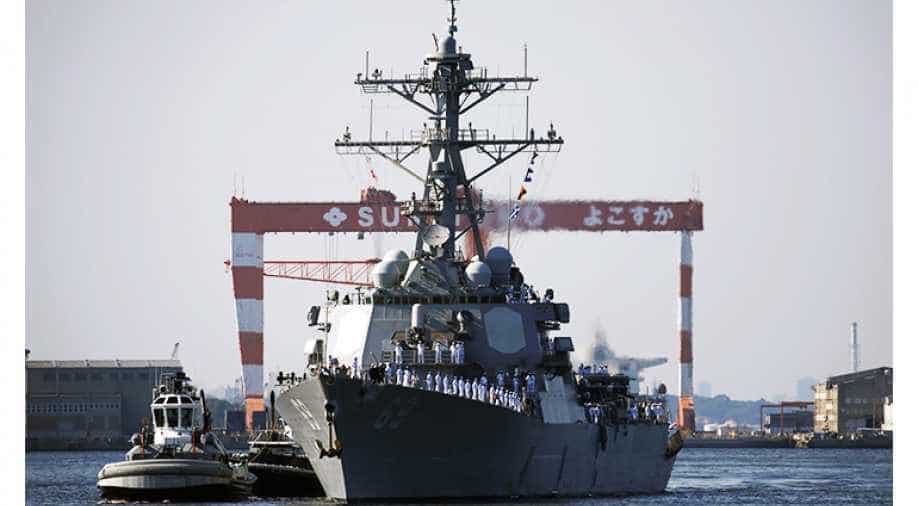 The USS Milius, one of the US Navy's most advanced guided missile destroyers, arrived in Japan on Tuesday to reinforce defences against any ballistic missile attacks by North Korea, or anyone else in East Asia. Photograph:(Reuters)
Follow Us

The Milius joined two other warships in the Seventh Fleet close to North Korean waters.

Even as the US declared today that it could call off meeting with North Korean leader Kim Jong Un, US missile destroyer USS Milius arrived in Japan today to "reinforce defences".

The warships arrived in Yokosuka Naval Base ahead of President Trump and Kim Jong Un's much hyped June 12th meeting in Singapore.

The Milius joined two other warships in the Seventh Fleet close to North Korean waters.

"What the Milius has now is the latest and greatest upgrade for the combat system," Commander Jennifer Pontius, the ship's captain was quoted as saying to Reuters.

Kim had raised the stakes last week after the North Korean government declared that it would call off talks if the US insisted on “unilateral nuclear abandonment.”

North Korea had also objected to joint military drills between the US and South Korea ahead of the talks. Even then, US officials have said they are preparing for summit talks between the two leaders next month.

Vice President said today the US would "walk away" from talks if North Korea sought concessions from the US it did not intend to keep.