US to give Syrian Democratic Forces armoured vehicles 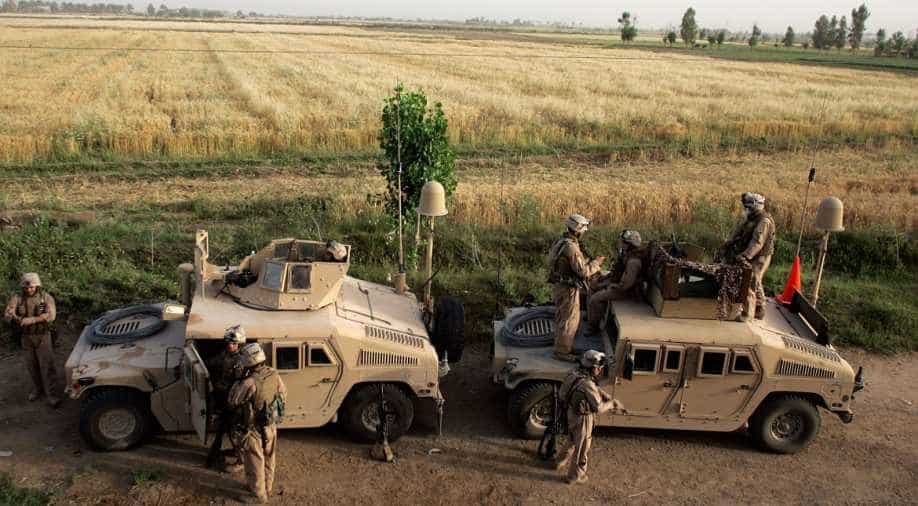 More vigorous US support to the SDF could translate into a further worsening of the US's political relations with Ankara, already close to their worst. In photo: Marines prepare for a raid near Fallujah, Iraq on May 10, 2007. Photograph:(Getty)
Follow Us

While the world waits to understand President Trump's strategy on Syria -- and pretty much everything else -- the US-led coalition fighting the Islamic State in Iraq and Syria has decided to supply armoured vehicles to the Arab/Kurdish Syrian Democratic Forces (SDF).

The SDF has been the boots-on-the-ground against the IS for the past two years and is the main American ally in the Syrian conflict. The organisation is currently conducting an offensive which aims at taking control of the many villages surrounding Raqqa, the Islamic State's capital city in Syria.

There are no official figures, but it is believed that more than 40,000 men and women are involved in the offensive.

The SDF's enthusiasm is understandable. Armoured vehicles make a big difference in a war

SDF spokesperson Talal Silo told Reuters that the US decision marks an improvement in the support they receive. "Previously we didn't get support in this form, we would get light weapons and ammunition," said Talal Silo. "There are signs of full support from the new American leadership - more than before - for our forces."

The SDF's enthusiasm is understandable.

Armoured vehicles make a big difference in a war, they provide shelter to at least four soldiers and protection to the man shooting from the turret. It is however too early to say if this is a sign of increasing support.

American sources downplayed the matter, saying that it was just an ordinary move connected with military contingencies.

"The department of defense only provides training and material support to the Syrian Arab Coalition (part of the SDF)," Major Adrian JT Rankine-Galloway said in a statement.

A pentagon spokesperson told Reuters the armoured vehicles would help the SDF face down the threat of the many improvised explosive devices that the Islamic States leaves in its wake while retreating.

Meanwhile, President Donald Trump signed an executive order demanding the Pentagon, the joint chiefs of staff, and other agencies submit, within 30 days, a preliminary plan for Syria.

If the new US administration wants to keep fighting the Islamic State in Syria, they will have to, soon, take a decision on the SDF's role.

Turkey, the second-largest NATO member, considers the SDF a threat to its national security.

The Turkish government claims the SDF is composed mostly of the left-wing People's Protection Unit (YPG), an organisation Ankara labels as "terrorist". In his rallies, President Erdogan has repeatedly said that Turkey will fight both the YPG and the Islamic state.

The Syrian Democratic Forces proved to be successful in the war against the Islamic State and have taken control of a large region of northern Syria, which they will most likely not be willing to leave if and when the war gets over.

Syrian President Bashar al-Assad has clearly said he will not allow an autonomous Kurdish region within his country.

Continuous – and more vigorous –  US support to the SDF could translate into a further worsening of the US's political relations with Ankara, already close to their minimum. On the other hand, if the US stops supporting the SDF, they will be left virtually without an ally in Syria, and Russia, Iran, and Lebanon will take the lead – and the credit – of the so-called "war on terror". The three countries support President Bashar al-Assad, a man whom Washington considers an enemy.

Whatever decision will come from the White House, it will not be free of consequences and it will significantly impact the US role in West Asia.