US shifting blame for own mistakes: Maleeha Lodhi 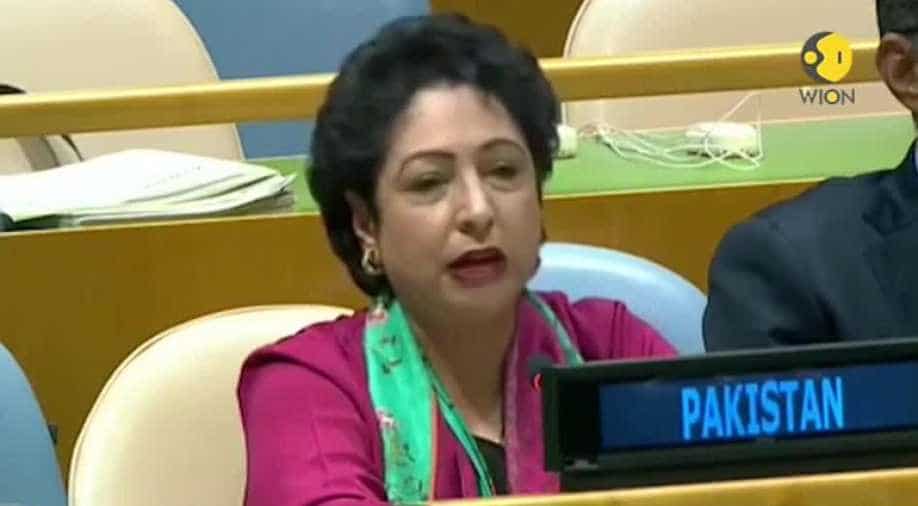 Pakistan's ambassador to the United Nations Maleeha Lodhi hit back at the US Photograph:( WION )

A day after Pakistan foreign minister Khawaja Asif challenged the US administration, Pakistan's ambassador to the United Nations Maleeha Lodhi went a step further saying "Islamabad could review its cooperation if it is not appreciated".

Asif in a tweet on Tuesday had said the US administration can hire a firm at Pakistan's expense to audit the money spent on fighting America's war on terror.

President Trump in a tweet on New Years Day had said the US has "foolishly given Pakistan more than 33 billion dollars" in aid over the last 15 years, and Pakistan had given the US "nothing but lies & deceit."

US ambassador to the UN Nikki Haley upped the pressure on Pakistan declaring that Pakistan was playing a "double game".

Maleeha Lodhi hit back at Haley saying the US was "shifting the blame for own mistakes and failures onto others".

"We have contributed and sacrificed the most in fighting international terrorism and carried out the largest counter-terrorism operation anywhere in the world," Lodhi said.

Trump's tweet against Pakistan created a firestorm in the country with several leaders including Prime Minister Abbasi condemning the statement by the US president.

Cricketer-turned-politician Imran Khan said: "We lost 70,000 lives in America's war, Trump's recent statement should serve as an example for all of us. Regardless of whatever aid a country offers, we should not go to war for it."

Prime Minister Abassi chaired a meeting of the National Security Council (NSC) on Tuesday and expressed "deep disappointment" at the allegations levelled against Pakistan by US President Donald Trump.