Pakistan has played double game with US for years: Nikki Haley 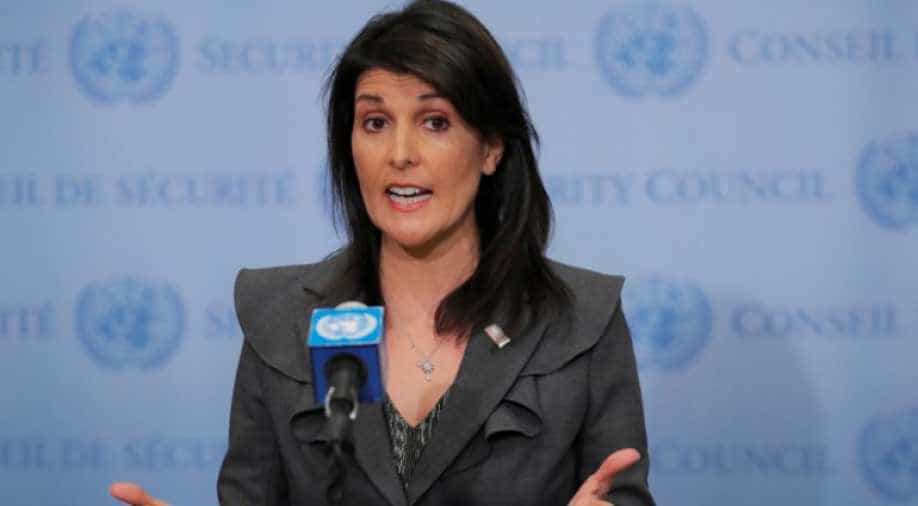 File photo of US Ambassador to the United Nations Nikki Haley. Photograph:( Reuters )

Supporting President Donald Trump's decision to block $255 million military aid to Pakistan, US Ambassador to the United Nations Nikki Haley on Tuesday said that the country has played a "double game" with the United States for years.

Nikki Haley accused Pakistan of at times working with the US while also harbouring terrorists that attacked its troops in Afghanistan. She said this was unacceptable to the Trump administration.

"There are clear reasons for this. Pakistan has played a double game for years," the US envoy told the press at a new conference at the UN headquarters in New York yesterday.

"They (Pakistanis) work with us at times, and they also harbour the terrorists that attack our troops in Afghanistan. That game is not acceptable to this administration."

The Trump Administration expects far more co-operation from Pakistan in the fight against terrorism, she said.

"Trump is willing to go to great lengths to stop all funding from Pakistan as they continue to harbour and support terrorism," Nikki Haley said in her opening remarks during her first news conference of the year.