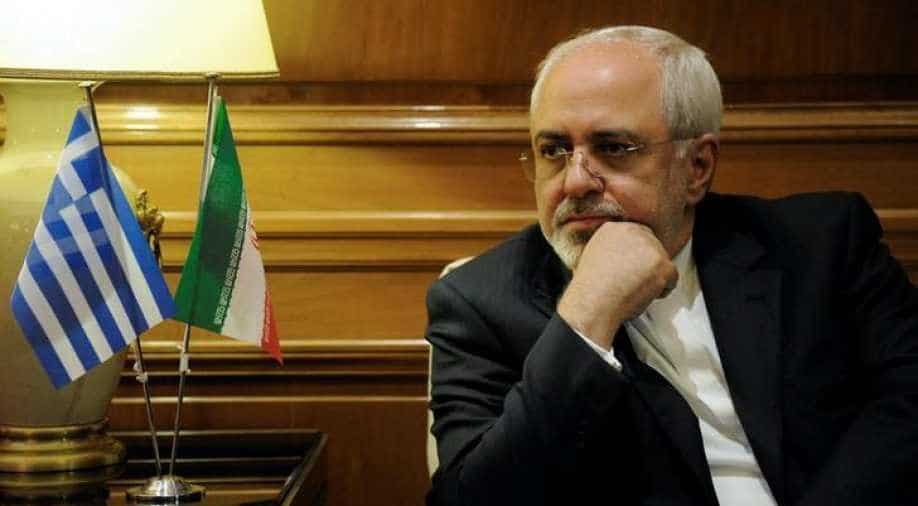 Zarif, a critical figure in the 2015 Iran nuclear deal, dismissed the action and said it would not affect him

Zarif, a critical figure in the 2015 Iran nuclear deal, dismissed the action and said it would not affect him.

US President Donald Trump pulled the United States out of the deal last year and ramped up sanctions to put pressure on Iran's economy. The move dismantled part of President Barack Obama's legacy and upset US allies who were a party to the agreement, which was designed to restrict Tehran's pathway to a nuclear bomb in exchange for sanctions relief.

Strains between Washington and Tehran have risen more in recent months after attacks on tankers in the Gulf that the United States blames on Iran and Iran's downing of a US drone that prompted preparations for a US retaliatory airstrike that Trump called off at the last minute.

"Javad Zarif implements the reckless agenda of Iran’s Supreme Leader, and is the regime’s primary spokesperson around the world. The United States is sending a clear message to the Iranian regime that its recent behavior is completely unacceptable," Treasury Secretary Steven Mnuchin said in a statement.

The sanctions against Zarif would block any property or interests he has in the United States, but the Iranian Foreign Minister said he had none.

"The US` reason for designating me is that I am Iran's 'primary spokesperson around the world'," Zarif said on Twitter. "Is the truth really that painful? It has no effect on me or my family, as I have no property or interests outside of Iran. Thank you for considering me such a huge threat to your agenda."

The US' reason for designating me is that I am Iran's "primary spokesperson around the world"
Is the truth really that painful?
It has no effect on me or my family, as I have no property or interests outside of Iran.
Thank you for considering me such a huge threat to your agenda.

Zarif lived in the United States, from the age of 17 as a student of international relations in San Francisco and Denver, and subsequently as a diplomat at the United Nations in New York, where he was Iranian ambassador from 2002 to 2007.

The Trump administration said it would make decisions on whether to grant Zarif travel visas, including for trips to the United Nations, on a case by case basis, holding open the possibility that he might attend the annual UN General Assembly in September.

If Zarif received such a visa, that would allow direct or indirect US contacts with him during that gathering, which brings most of the world`s leaders to New York and has been the venue for previous US-Iranian contacts.

A senior US official reiterated that Trump was open to talks with Iran, but said the administration would want to deal with a key decision-maker, which it did not consider Zarif to be.

Zarif, who has said a so-called B-team including Trump’s national security adviser John Bolton, an ardent Iran hawk, and conservative Israeli Prime Minister Benjamin Netanyahu could goad Trump into a conflict with Tehran, said in a later tweet, "We know that calling for dialog & peace is an existential threat to #B_Team."

We know that calling for dialog & peace is an existential threat to #B_Team.
And since reason for designating me is my words, would "US persons" need OFAC license to "engage" with me by reading my writings or listening to interviews?

"If our position is really that we want to negotiate with Iran than maybe we shouldn’t sanction their chief negotiator," Murphy posted on Twitter.
Wendy Sherman, who was the lead US negotiator for the Iran nuclear deal under Obama, echoed that view and said placing sanctions on Zarif "risks dangerous escalation."

She linked the action to what Bolton said was a US decision to renew sanctions waivers for Iranian nuclear programs that allow Russia, China and European countries to continue their civilian nuclear cooperation with Tehran.

"One assumes sanctioning Zarif is the price for those waivers. The internal administration battle of war or diplomacy apparently wages on," said Sherman, who is director of the Center for Public Leadership at the Harvard Kennedy School.

Mnuchin said then that Zarif would be blacklisted that week, but the designation did not happen quickly. Reuters reported in mid-July that the administration had decided to hold off on sanctions against him for the time being.

"The only path forward is a comprehensive deal that addresses the full range of its threats. Until then, our campaign of diplomatic isolation and maximum economic pressure will continue," Pompeo said.

Mnuchin said Zarif used social media to spread Iranian "propaganda and disinformation" while the government did not allow its citizens to use such mediums themselves.