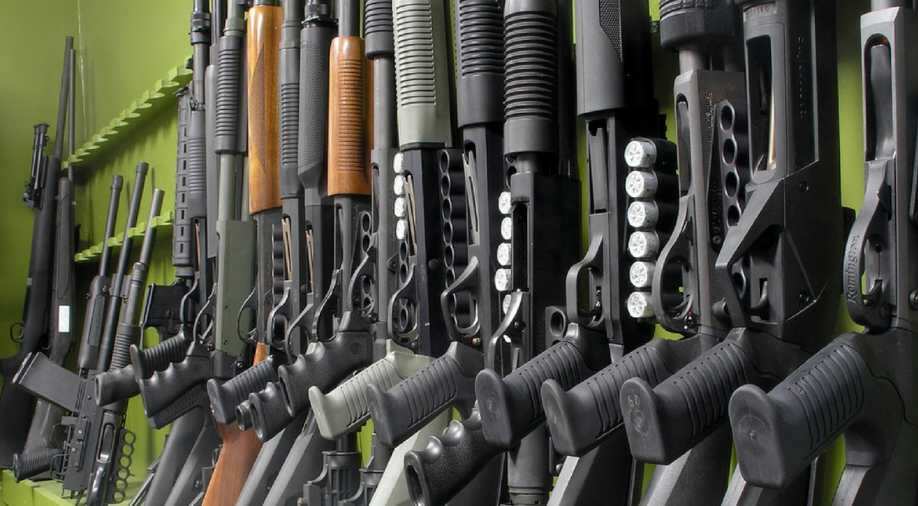 The National Rifle Association pushed back on Sunday against modest proposals by President Donald Trump and other Republicans to change U.S. gun laws in the wake of a school shooting in Florida that killed 17 students and staff.

The powerful gun lobby group does not support Trump's proposals to raise the age limit for buying certain types of guns and to ban bump stocks that enable semi-automatic rifles to shoot hundreds of rounds a minute, a spokeswoman said on ABC's "This Week."

"The NRA doesn't back any ban," Dana Loesch said.

Trump was endorsed by the NRA in his 2016 presidential election campaign and often trumpets his support for the constitutional right to own guns.

But the Feb. 14 massacre at a Florida high school has mobilized high school students to push for restrictions on gun sales, spurred several companies to sever ties with the NRA and energized gun-control activist groups.

As November congressional elections draw closer, Trump and Republicans are under pressure to show they are responding to concerns about school safety without angering supporters who oppose gun control.

Since the Florida shooting, Trump has declared support for raising the age limit to 21 from 18 for buying rifles. The 19-year-old shooter at Marjory Stoneman Douglas High School in Parkland, Florida had bought his AR-15 semi-automatic rifle legally.

"That's what the NRA came out and said, that's correct," Loesch said when pressed on whether the group opposes raising the minimum age.

Trump also has asked the Justice Department to develop a regulation that would effectively ban the sale of bump stocks, an accessory used last year by a shooter who killed 58 people at a Las Vegas outdoor concert, the deadliest attack by a single gunman in U.S. history.

Trump has also said he supports legislation to tighten background checks for gun buyers, although he has not provided specific details.

Republican Senator Pat Toomey, a sponsor of a bill that would require background checks for weapons sold at gun shows and on the internet, said Trump's support could help advance proposals that floundered in years passed.

"Our president can play a huge and in fact probably decisive role in this. So I intend to give this another shot," Toomey said on NBC's "Meet the Press."

Legislation to close background checks loopholes failed to clear the 60-vote threshold in the U.S. Senate after a shooter killed 26 children and teachers in 2012 at an elementary school in Newtown, Connecticut.

Loesch tried to play down the emerging differences between the NRA and the White House.

"I know that people are trying to find daylight between President Trump and five million law-abiding gun owners," she said. "He's really looking for solutions ... so far nothing's been proposed yet."

Tweaks to gun laws face an uphill battle among conservative Republicans in Congress. On Sunday, Representative Thomas Massie from Kentucky said he opposed changes to background check laws and other restrictions on gun ownership.

Trump has strongly endorsed the idea - backed by the NRA in the wake of the Newtown shooting - of arming trained teachers with guns.

Loesch said the group believes individual schools should decide whether to arm teachers. On Saturday, Trump said on Twitter the proposal would be left "up to states."

Loesch said more emphasis should be placed on how the FBI and local police missed warning signs and tips about the shooter, calling it an "abdication of duty."

Broward County Sheriff Scott Israel has come under fire after a deputy at the school at the time of the shooting stayed outside. Several news reports said that three other deputies were slow to enter the building.

Israel said on CNN on Sunday that he had no plans to resign, and that the department would investigate all aspects of the shooting.