US expects 25% drop in arrests on Mexico border in June 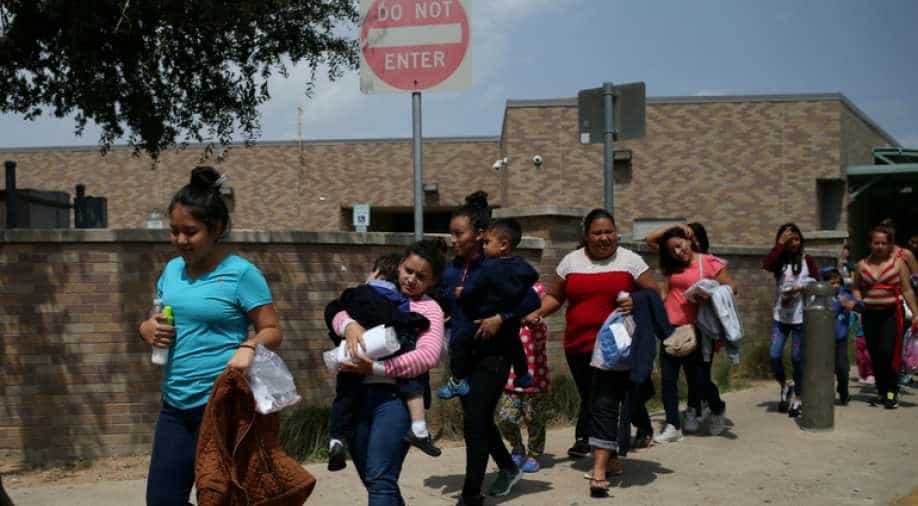 More than 144,000 undocumented migrants were seized at the southwestern US border in May, part of a surge in recent months.

The number of migrants taken into custody at the US-Mexico border is expected to drop by 25 per cent in June, in part due to Mexican efforts to stem the flow, the acting secretary of the Department of Homeland Security said Friday.

More than 144,000 undocumented migrants were seized at the southwestern US border in May, part of a surge in recent months.

But Kevin McAleenan, the acting DHS secretary, said steps were taken by Mexico -- under pressure from President Donald Trump -- to reduce the number of border-crossers appeared to be having an impact.

"These three weeks have demonstrated that they are, already," McAleenan told reporters. "That 25 per cent decrease in June is more than we've seen in past years."

McAleenan said the upcoming weeks will show exactly how effective the Mexican efforts have been.

"I think we're going to know, basically, by mid-July and certainly in the end of July if these efforts are sustained and having a significant impact," he said.

The acting DHS secretary said a reduction in the number of migrants crossing the border would have a positive impact on the conditions in which they are being held in the United States.

The DHS and Border Patrol have been under criticism lately over the conditions in which migrants, particularly children, are being held.

"I think we're going to see a continued reduction in the numbers which will alleviate some of the capacity constraints we've had," McAleenan said.

"That should present a much better situation at the border for the arriving migrants," he said.

Earlier this month, Trump rattled world markets and defied his advisers by threatening tariffs on all Mexican imports unless the country cracked down more on people pouring across the border into the United States.

Mexico avoided the duties after agreeing to bolster security on the border and expand its policy of taking back migrants, most of them from violence-riven Guatemala, Honduras and El Salvador, as the United States processes their asylum claims.