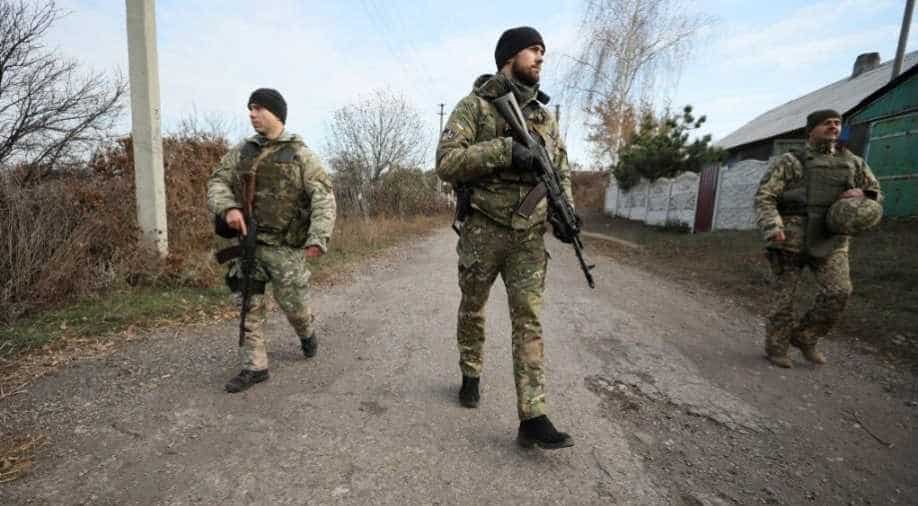 Ukrainian servicemen patrol in the streets of the village of Katerynivka, in the Lugansk region. Photograph:( AFP )

The head of the exercises, Brigadier General Vladyslav Klochkov, said the drills were "an important step towards Ukraine's European integration"

Ukraine on Monday launched joint military exercises with the United States and other NATO countries as tensions with Russia remain high over the Kremlin-backed insurgency in the country's east.

The head of the exercises, Brigadier General Vladyslav Klochkov, said the drills were "an important step towards Ukraine's European integration".

"The Ukrainian military, which has been holding back Russian aggression for eight years, will share its unique combat experience with its international colleagues," he added.

The drills start a week after Russia and Belarus held military exercises involving 200,000 personnel, one of their biggest drills in recent years.

More than 13,000 people have been killed since the rebel insurgency broke out in the eastern Donetsk and Lugansk regions in April 2014 following Russia's annexation of Crimea from Ukraine.

Ukraine and its Western allies accuse Russia of sending troops and arms to support the separatists, which Moscow denies.

In April, Russia amassed around 100,000 troops on Ukraine's borders, raising fears of a major escalation in the protracted conflict. Moscow later announced a pullback.