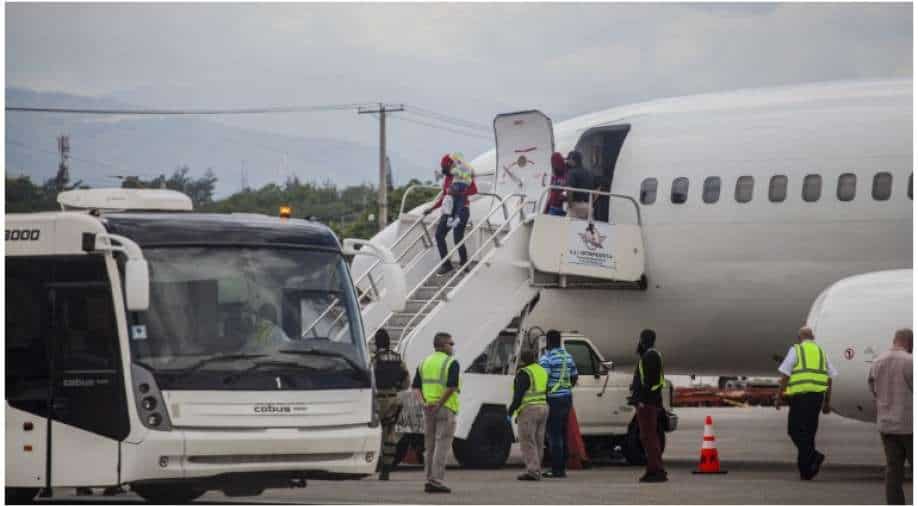 Thousands of migrants have gathered under an international bridge in Texas. The Del Rio bridge connects Texas and Mexico's Ciudad Acuña

Title 42, an emergency public health order empowers US authorities to expel migrants before they can seek asylum in the US.

In recent days, more than 15,000 Haitians crossed into the country from Mexico. They are stranded at Del Rio bridge as they haven't been allowed to move ahead into US.

Deported migrants were angry and were quoted by AFP to have been fearful of returning back to life in their home country many parts of which are ravaged by gang violence.

"(US President Joe) Biden knows well what is happening, but he doesn't care," said one woman, tears streaming down her face as she described her time at a US migrant detention facility in Texas.

"He treated us, us and our children, worse than animals," she said.

According to flight manifests seen by AFP, nearly half of the 327 Haitians deported by the United States on Sunday are under five years old and were born abroad.

Before arriving at the US-Mexico border, several of the Haitians had emigrated to Chile and Brazil in 2016 and 2017.

"In Santiago, I had a small business, my husband worked. We were able to save money -- that's what allowed us to make the whole trip to the United States," said a 28-year-old woman, who identified herself only as Jeanne.

The family thought they would benefit from the extension of the Temporary Protected Status policy in the United States, which allowed Haitians to temporarily stay in the country regardless of their immigration status.