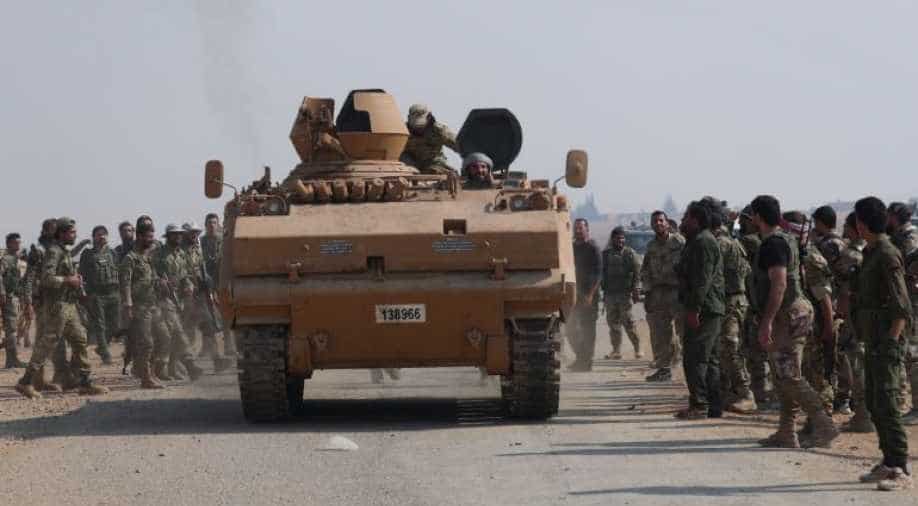 The release followed talks with Russia about the return of the troops.

The release followed talks with Russia about the return of the troops.

"18 Regime elements seized... on October 29 were handed over as a result of the coordination with the authorities of the Russian Federation," the ministry said on Twitter.

Earlier Turkish Defence Minister Hulusi Akar said that two of the 18 had been treated in a Turkish hospital.

The troops in question were captured by Turkey on Tuesday in the vicinity of the key border town of Ras al-Ain during reconnaissance activities.

Over the past month Turkey has struck deals with the United States and Russia to push back Syrian Kurdish fighters from areas along its border with Syria, with a view to setting up a "safe zone" where it plans to repatriate some of the 3.6 million Syrian refugees Turkey is currently hosting.

Joint Turkish-Russian patrols are due to start in areas near the Syrian border on Friday, after the Kremlin said Tuesday that Syrian Kurdish fighters had withdrawn in accordance with the terms of a deal between Ankara and Moscow.