Trump warns of 'severe punishment' if Saudis behind Khashoggi disappearance 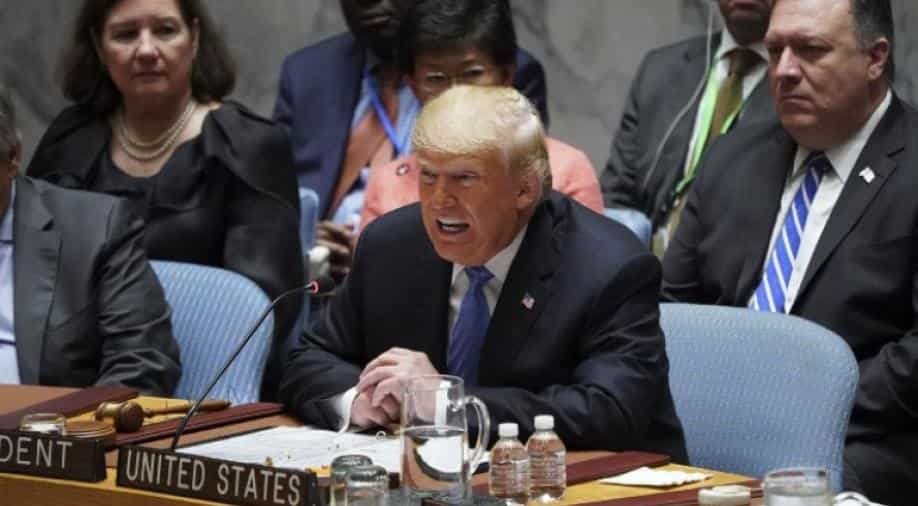 'We're going to get to the bottom of it and there will be severe punishment,' Trump told US media.

US President Donald Trump on Saturday alleged that Saudi Arabia could be behind the disappearance of missing journalist Jamal Khashoggi. Trump also warned of "severe punishment" if the same turns out to be true, news agency AFP reported.

"We're going to get to the bottom of it and there will be severe punishment," Trump told US media.

"As of this moment, they deny it and they deny it vehemently. Could it be them? Yes," Trump said in the interview, which was conducted on Thursday.

US President Donald Trump, speaking to reporters in Ohio, said he had not yet spoken to Saudi Arabia's King Salman about Khashoggi's disappearance but would be calling him "pretty soon," news agency Reuters reported.

Meanwhile, a delegation from Saudi Arabia arrived in Turkey as part of a joint investigation into the disappearance of prominent Saudi journalist Jamal Khashoggi, three Turkish sources said on Friday.

Khashoggi, a Washington Post contributor, vanished on October 2 after entering the kingdom's consulate in Istanbul to obtain documents for his upcoming marriage.

Turkish police and numerous media have claimed he was tortured and killed at the consulate.