Donald Trump to sign trade accord with Mexico, Canada next week 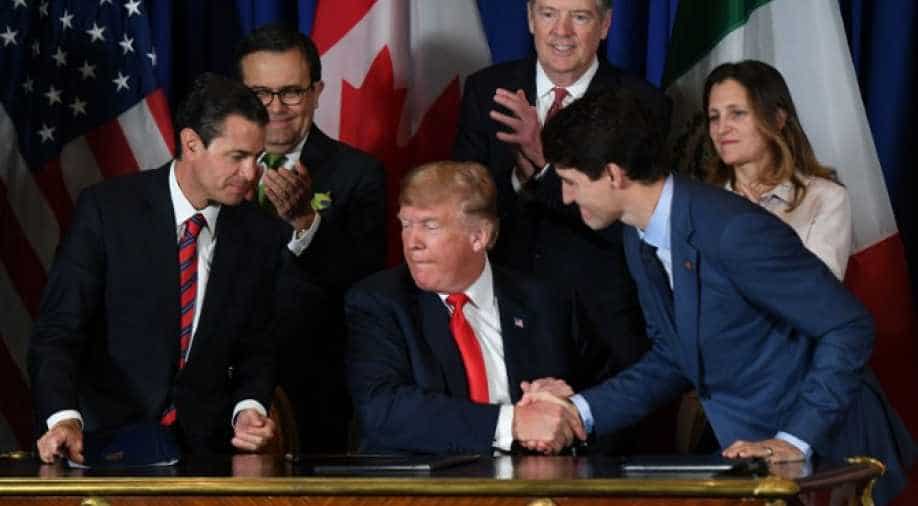 Years of negotiation between three key trading partners is marketed as an update to the 1994 North American Free Trade Agreement.

The USMCA, the fruit of years of negotiation between the three key trading partners, is billed as an update to the 1994 North American Free Trade Agreement, which Trump had long thrashed as a job killer and threatened to scrap outright. 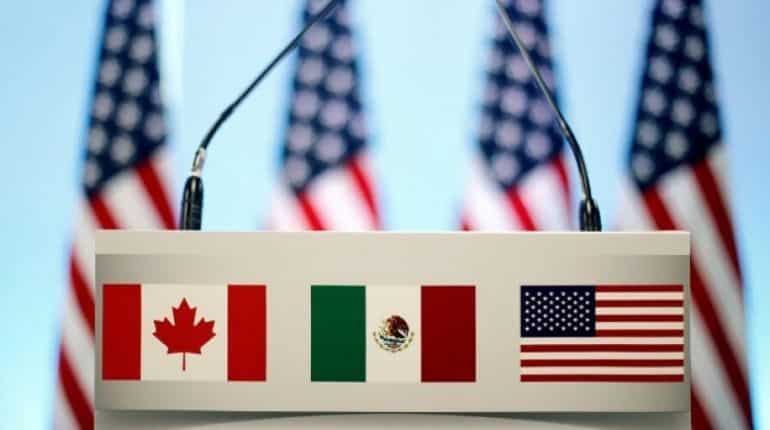 [Flags of all three nations involved in the agreement (Courtesy: Reuters) ]

The US Senate approved the pact last week and White House officials said Trump will sign it Wednesday. The earlier NAFTA created a vast free-trade zone across North America, leading to radical shifts in the makeup of industries in the three countries and vastly increasing cross-border exchanges in goods, services and people.

While the agreement produced winners and losers in some areas, economists say overall it increased growth and raised the standard of living in North America. The new deal changes content rules on auto manufacturing and requires higher salaries for some Mexican auto workers.

It also makes changes to e-commerce, intellectual property protection and dispute settlement for investors, as well as tougher labour provisions that require reforms to Mexico's labour laws. Mexico ratified the new agreement December 10, and Canada is expected to follow suit in coming weeks.