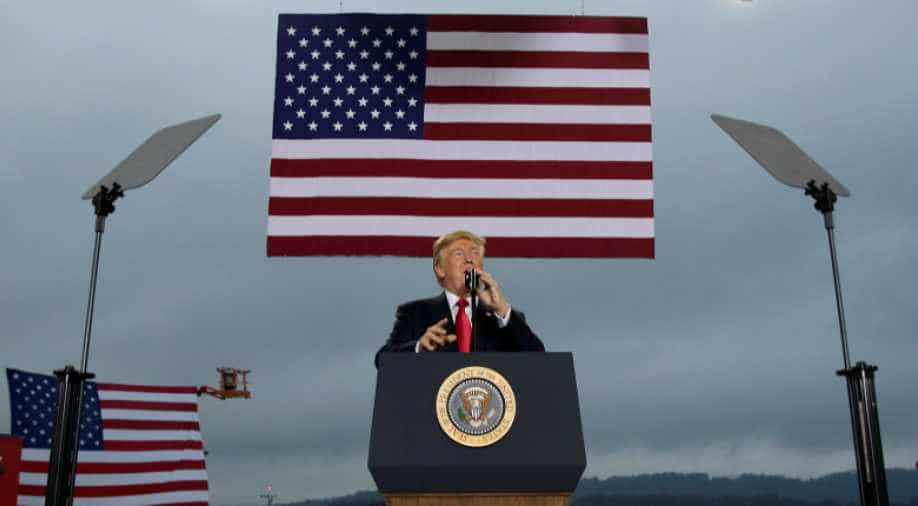 Trump said Pakistan has taken tremendous advantage of US over the years. Photograph:( Reuters )

"This is the beginning of the actions the administration will take to provide relief to Americans," Andrew Bremberg, director of Trump's Domestic Policy Council, told reporters.

The order instructs the labor secretary to consider steps that would make it easier for small businesses to band together as associations across state lines to buy cheaper health plans that would be exempt from some Obamacare requirements.

Those requirements include the mandate that all health plans cover 10 essential health benefits, including maternity and newborn care, prescription drugs, and mental health and addiction treatment.

The order also instructs the departments of Health and Human Services, Labor and Treasury to change an Obama-era limit on the time span people can use short-term health insurance plans, which are cheaper but cover few medical benefits. Those plans are currently limited to three months.

Republicans, despite controlling the White House and both chambers of Congress, have failed since Trump took office in January to make good on their seven-year promise to repeal Obamacare, which they have called a government intrusion into Americans' healthcare.

Experts questioned whether Trump has the legal authority to expand association health plans.

The action could open Trump to legal challenges from Democratic state attorneys general, who have said they will sue Trump if he tries to destroy Obamacare, a law that brought health insurance coverage to 20 million Americans.

Experts said the association health plans could attract young, healthy people and leave a sicker, more expensive patient pool in the individual insurance markets created under Obamacare, driving up premiums and effectively eroding the law's protection for those with pre-existing conditions.

Conservative groups and lawmakers have cheered Trump's order. Republican Senator Rand Paul, who said he worked with Trump for months on the order, opposed the Senate's most recent attempt to overhaul Obamacare because he said it left too many of Obamcare's regulations and spending programs in place.

Trump has taken a number of steps since assuming power in January to weaken or undermine Obamacare. He has not committed to making billions of dollars of payments to insurers guaranteed under Obamacare, prompting many to exit the individual market or hike premiums for 2018.

The administration also halved the open enrollment period, which begins Nov. 1, and slashed the Obamacare advertising and outreach budget.