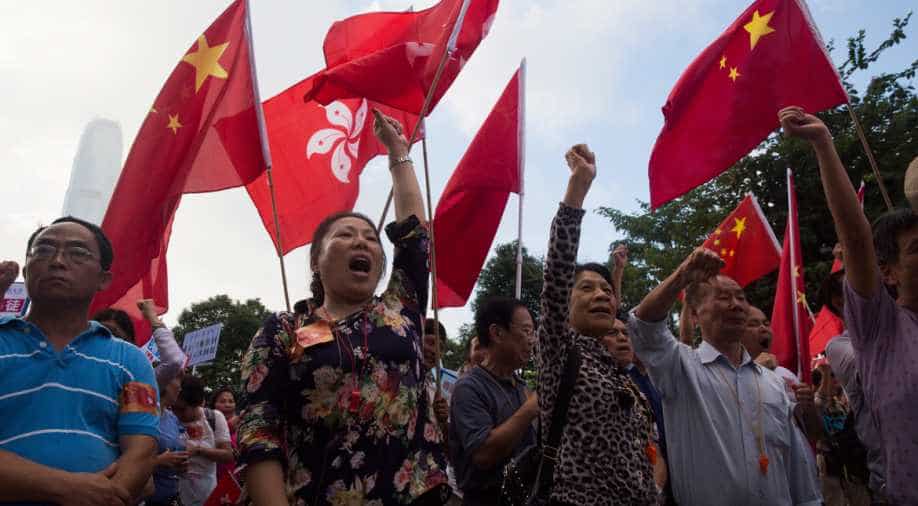 Beijing's ruling came last week before a decision by the Hong Kong courts over lawmakers Baggio Leung and Yau Wai-ching's disqualification from the parliament.

The two allegedly misread their oaths of office deliberately, inserting expletives and draping themselves with "Hong Kong is not China" flags.

Beijing's interpretation of the city's constitution said that any oath taker who does not follow the prescribed wording of the oath should be disqualified, AFP reported.

Slogans like "fight against Hong Kong independence, support the interpretation" were heard at the rally by pro-Beijing legislators.

"The cancer cells are those who are promoting Hong Kong independence... we will fight them to the end," AFP reported lawmaker Michael Tien saying at the rally

The Hong Kong high court's decision into whether the two should be disqualified is still pending.

Hong Kong was handed back to China by Britain in 1997 under a "one country, two systems" deal which protects its freedoms for 50 years.